Every Sunday we spotlight a Canadian band, and this week we'll be featuring local band Element Orange.

Element Orange has drawn influences of the past and mixed in their own 'modern flair.' Striving to bring a 'high-energy organic feel to the rock genre,' the band has already shared the stage with the Odds, One Bad Son, The Lazys, The Standstills, The Damn Truth, and My Sister Ocean.

Element Orange dropped their debut self-titled EP in 2016, a follow-up Digital EP, '10:16' in 2018, and dropped multiple singles and live videos throughout the past few years.

Like many bands, Element Orange has spent lots of time during the pandemic working on new material and they're ready to be back on stage, playing live for their fans very soon! Catch them November 18 at The Buckingham on Whyte November 18. Ticket Info HERE 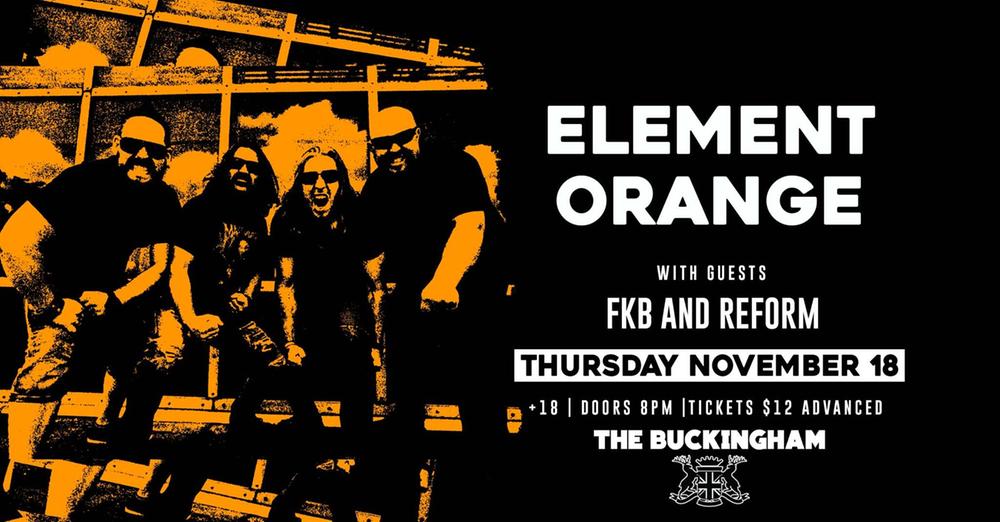 Hear more from the band:

If you know or are in a Canadian independent band, Submit info HERE to be featured on Red, White and New!