Two members of Iced Earth announced on Monday that they have quit the band following their bandmate’s involvement in the Jan. 6 riot in Washington, D.C.

Guitarist Jon Schaffer, wearing a cap from militia group Oath Keepers, was among the thousands of Trump supporters who stormed the U.S. Capitol. He faces six charges, including “violent entry and disorderly conduct in a Capitol Building” and “disrupting the orderly conduct of government business.” 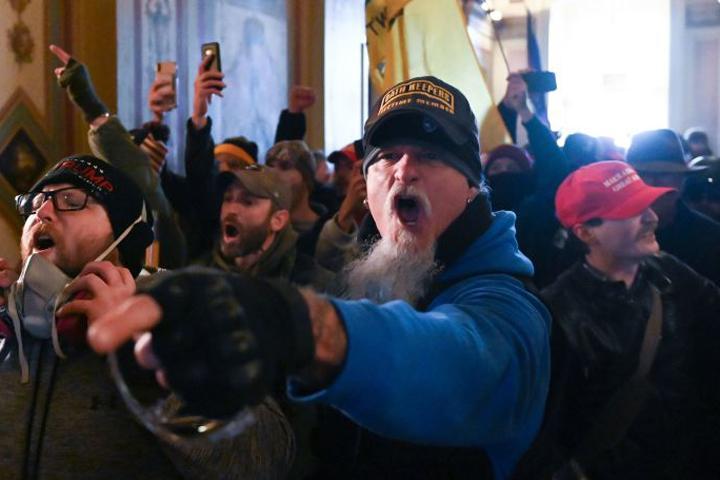 Block, who fronted the band for a decade, wrote: “I have informed Jon and his current management that I must announce my resignation from Iced Earth with immediate effect.

“Before I made any personal decision I needed the last few weeks to process the situation as well as respect others in our camp processing the situation. I thank you all very much for respecting this. It’s the best decision in many ways for my personal/ professional growth going forward. Time to move on, heal and prosper.”

Appleton’s statement read: “In response to recent events and circumstances, I have notified Iced Earth’s management and Jon that I will be resigning as the Iced Earth bassist with immediate effect.

“I would like to thank everyone who has sent me their support and love during this difficult time. Thank you!!!”

The metal band has had several line-up changes since it was formed by Schaffer in 1985.

Listen to music from Iced Earth