Radiohead On Engineer's Disciplinary Hearing: 'This Is A Sad Day'

Radiohead has shared its disappointment that the engineer who approved the stage that collapsed before a 2012 concert at Toronto’s Downsview Park, killing a member of its crew, won’t be held accountable.

In a social media post, the British band noted that Domenic Cugliari acknowledged “his catalogue of errors and the negligence on his part” during a hearing by the Discipline Committee of the Association of Professional Engineers of Ontario (PEO) on Nov. 16.

“These admissions are 8 years too late,” read the statement. “If the evidence now accepted by Mr Cugliari had been agreed at the original court case brought against him, @livenation and the contractor Optex Staging, it would have been complete in one day, with a very different outcome and some justice would have been delivered.

“As it is, Mr Cugliari has now retired and, is seemingly beyond any legal recrimination.”

Radiohead added: “This is a sad day.”

Cugliari, who was facing professional misconduct charges, argued last year that the committee did not have the authority to discipline him because he resigned from the PEO in July 2018.

Radiohead drum tech Scott Johnson, who was 33, was crushed to death when the roof of the structure set up at the outdoor venue fell only hours before the band was scheduled to perform. Three other people were injured. 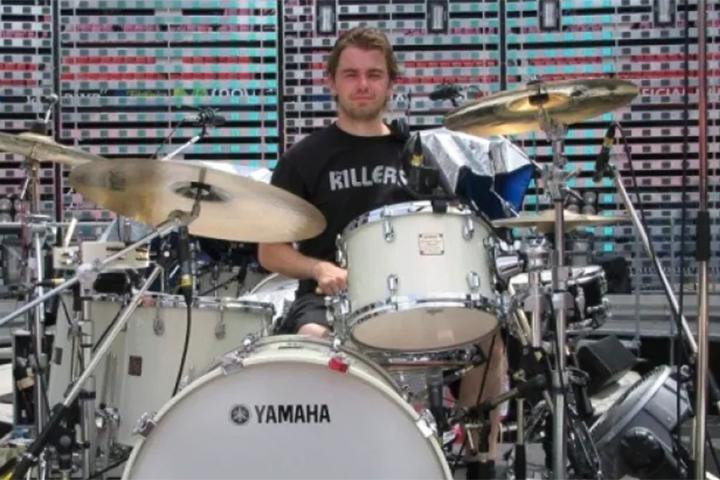 Charges under the Occupational Health and Safety Act against Cugliari, promoter Live Nation, Optex Staging & Services Inc. were stayed in 2017 because the case took too long to go to trial. At the time, Radiohead frontman Thom Yorke tweeted: “words utterly fail me.”

A jury at an inquest in Toronto in early 2019 ruled that Johnson’s death was accidental. Radiohead called the verdict “frustratingly insufficient given that the stage collapse was shown to be preventable.”

Radiohead drummer Phil Selway had testified the band felt “anger and frustration” at the “complete failure” of the Canadian justice system.

At the inquest in Johnson’s native Doncaster, Mundy heard evidence that the top of the stage was overloaded by more than 7,000 kg and the stage had not been properly assembled. “Inadequate advice coupled with wholly inadequate construction techniques led to the collapse of the roof system which led to Scott Johnson's death,” the coroner concluded.

“It's quite clear from what I have heard that the design and construction itself had inherent deficiencies within them.”

A year ago, Radiohead called on those responsible for the collapse to apologize to Johnson's family. “Scott’s father Ken said that all he wanted was for those responsible to hold their hand up, admit responsibility and to make sure that it never happens to anyone else," read a statement on the band's website.

"We all acknowledge that no one intended for Scott to die."

Listen to music from Radiohead