Indigenous activists are speaking out after a series of Facebook posts wishes harm on hunters taking part in the traditional Short Hills First Nation Deer Harvest.

Posts on the group 'Niagara Action of Animals' call the hunters 'drunks with entitlement' and 'savage humans.'

One user writes, "They need to be harvested" in reference to the hunters.

Another user says, "Wouldn't it be great if they just shot each other?"

Host of One Dish One Mic on CKTB Karl Dockstader has been speaking out against the comments, but says there is a silver lining.

"As devastating as these comments are, I'm pretty sure this isn't reflective of the majority because the backlash to come from it has been amazing. I'm really happy with so many Niagarians that have come out and condemned these comments."

The hunt at Short Hills Park has drawn protests for years, but the Indigenous community set up a series of workshops to help people better understand its significant history.

St. Catharines Mayor Walter Sendzik has also responded to the posts on Facebook. 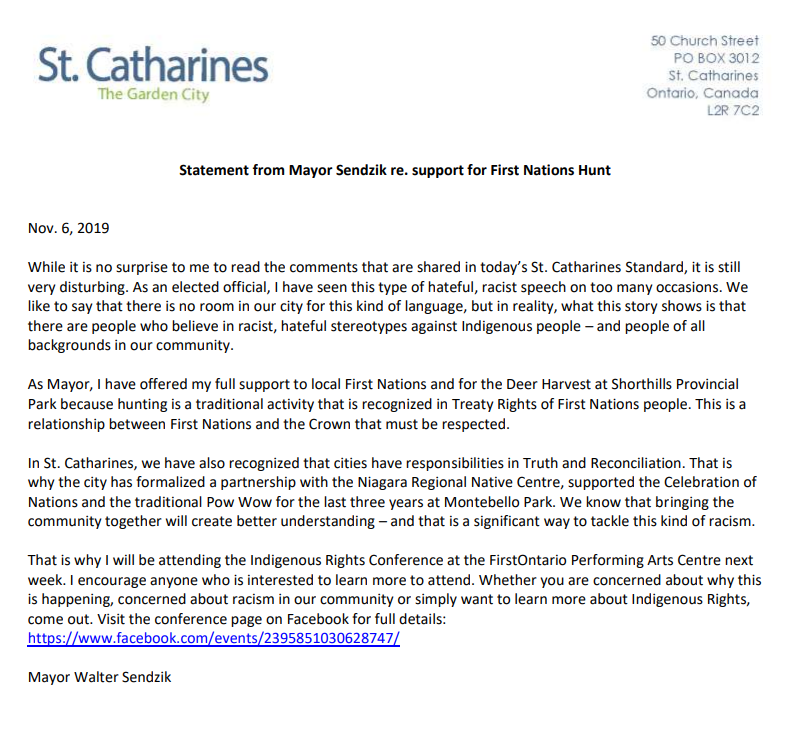