Some anti-immigration posters are sparking anger in Niagara and police have even been called.

Posters have a group known as ID Canada have been spotted in Niagara.

Calling themselves "Canada's Official Identitarian Movement", the group says Canada's identity is decaying with the increase of third world immigration.

The signs started appearing in neighbourhoods in Lincoln.

Lincoln CAO Mike Kirkopoulous says they've also been found glued onto hydro boxes and NPEI have been called in to help remove them.

He says they have notified the NRP to see if the posters are considered hate crime material.

We refuse to re-write history and pretend like this nation existed before European colonization. Canada is not a “Nation of immigrants”. The Dominion of Canada was formed by Europeans. 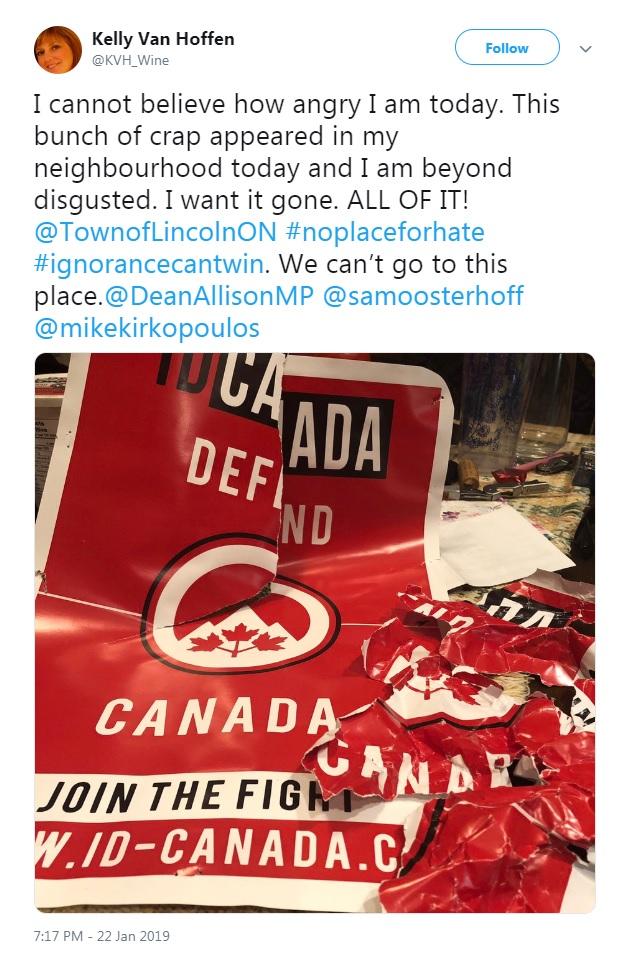