A terrible day for the Royal Canadian Air Force as it confirms one of its Snowbirds team members has died in a crash.

Officials confirm one team member died following the crash in a residential area of Kamloops B.C. and another member suffered non-life threatening injuries.

The Snowbirds aerobatics team was scheduled to make a trip from Kamloops to Vernon today as part of Operation Inspiration during the COVID-19 pandemic.

It came to the Niagara area last week.

Multiple sources have confirmed Jennifer Casey, a Public Affairs Officer with the Canadian Forces Snowbirds died in the crash.

It was aimed at boosting morale as Canadians continue to struggle with the COVID-19 pandemic.

It is with heavy hearts that we announce that one member of the CF Snowbirds team has died and one has sustained serious injuries. We can confirm that we have contacted all primary family members of those involved. More information will be communicated in the near future.

The scheduled start was delayed because of rain and low visibility.

A video of the crash appears to show the pilot ejecting before the crash.

Brett Mineer, who is Host of NL Newsday on CHNL 610AM shared the video on Twitter saying he received it from Shannon Forrest.

He says was shaken up by what she witnessed and has provided the video to RCMP on scene.

He also tweeted that "When travelling each Snowbird CT-114 has a pilot and flight engineer/mechanic aboard (not sure the lingo they use). From video we obtained at the scene you see both eject but doesn’t appear chutes fully deployed. One occupant goes out of frame. Hearing 1 survivor but unconfirmed."

The #RCAF has been made aware that a Canadian Forces Snowbirds aircraft crashed in the vicinity of Kamloops, BC. Our priority at this time is determining the status of our personnel and supporting emergency personnel. When appropriate, more information will be made available. 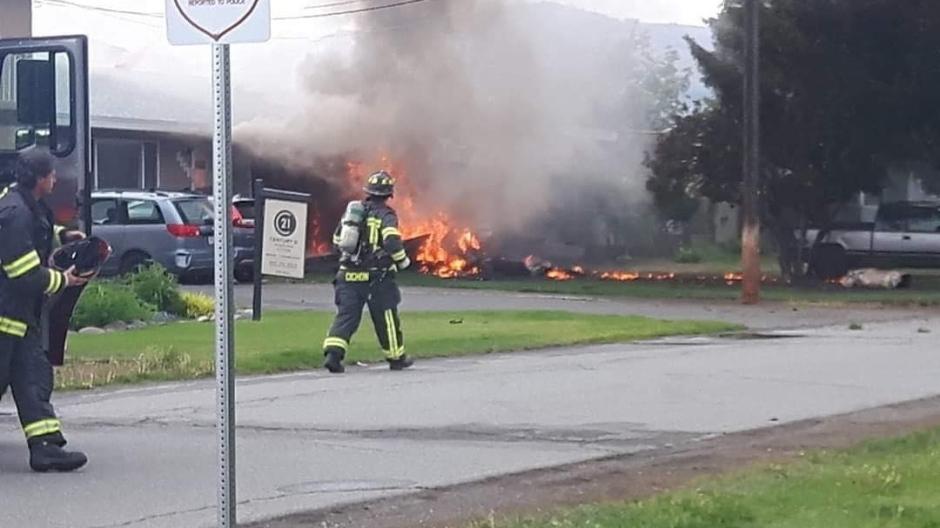