Toronto Police believe Shammah Jolayemi, the subject of today's Amber Alert, was abducted as retribution for a debt for $4-million worth of cocaine.

During the press conference, Watts suggested they've had contacted with abductors, but didn't go into detail.

Watts says the debt was owed by Jolayemi's stepbrother, who they have contacted.

It turns out, he did not show up for school yesterday.

A spokesperson from the Toronto District School Board says the absence wasn't reported because the teacher missed the deadline to submit attendance data.

Police believe Jolayemi was abducted at 8:30 Wednesday morning in the area of Jane Street and Driftwood Avenue.

It believed the boy was screaming for help as he was forced into a Jeep. 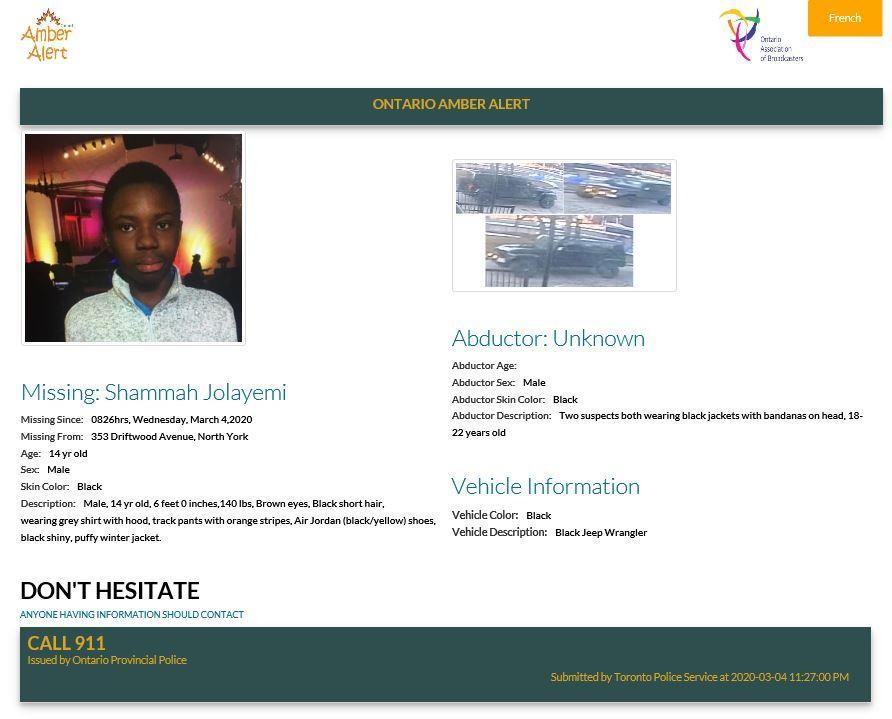