Damage is estimated at well over a million dollars after a massive house fire in rural Niagara Falls.

Niagara Falls Fire Chief Jo Zambito tells CKTB while the fire at the corner of Crowland Ave. and Young Road is out, the investigation is just beginning.

The home was fully engulfed in flames when crews arrived on scene at 5 a.m.

Zambito says an excavator has been brought in to move some large pieces of what is left of the house to make sure hot spots are out and to investigate the cause further.

The home and a number of vehicles parked on the property were completely destroyed.

Zambito says the homeowner suffered minor injuries and was brought to hospital for smoke inhalation.

The Fire Marshal's Office has been notified of the fire, but it's unclear if a team will be sent out to investigate.

The Niagara Falls Fire Department remains on scene as the investigation into a cause continues. 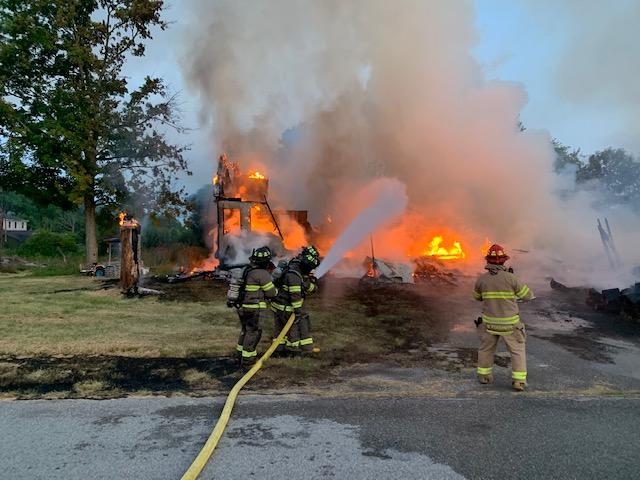