Do you think every Niagara resident should be tested for COVID? Our MOH doesn't think so

The idea of testing every Niagara resident for COVID-19 is being floated around.

A presentation was made at the Public Health and Social Services Committee meeting by two Niagara residents with a plan to expand testing in the region.

Tim Curtis and Jim Ryan crafted a plan that would include creating a processing lab in Niagara for COVID-19 tests, and testing up to 5000 residents a day in order to keep track of the virus.

The plan's goal is to have all Niagara residents tested within 100 days.

In a vote of 14 to 1, the committee voted to explore the idea of a publicly run licensed lab in Niagara in order to expand testing. (Story continues below) 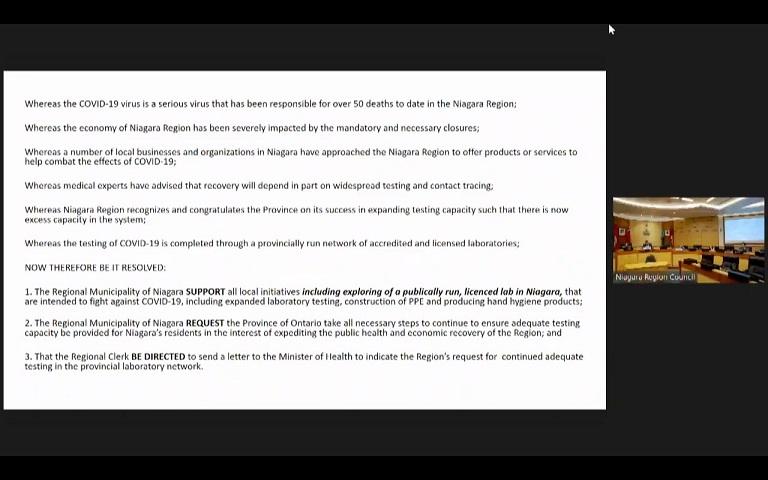 He says there would be lots of false positive cases since no test is perfect, and a test is a point in time, and won't be able to identify if a person is still contagious with an active virus.

When it comes to hosting a lab to test residents locally, Hirji thinks it possible and a positive idea since cases will likely increase as the economy opens up.