Chief Steve Tanner issued a statement on Twitter saying he made a 'poor decision' to travel to Florida to address personal business matters.

Tanner says he especially regrets the trip after the Halton Police Service lost a member of the force.

While Tanner was in Florida, Det. Cst. Michael Tidball died Jan 6th as a result of an 'acute medical episode.'

Chief Tanner says his absence is a distraction from the healing that must take place following Tidball's death. 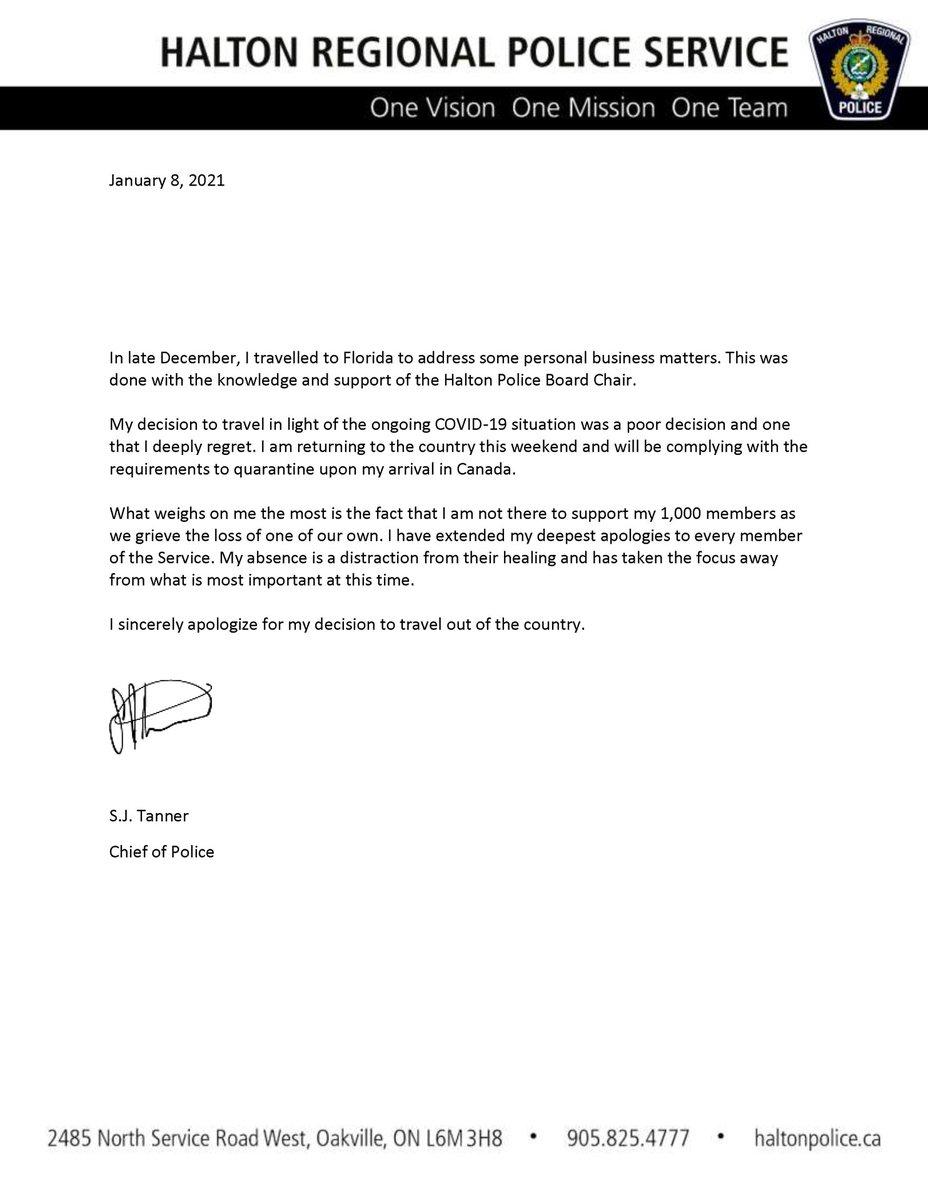 He's the latest public official whose international travel has come to light as the government urges residents to stay home in an effort to curb the spread of COVID-19.

Rod Phillips, Ontario's former finance minister, resigned from his post last week after it was revealed that he travelled to St. Barts for a December vacation.