Missing Grimsby teen has been found

"The 13 year old missing male has been located outside the Niagara Region.  Out of respect for the next of kin no further information is being released."

Niagara Regional Police are looking for a missing teenager from Grimsby.

A person fitting his description was spotted near the Stoney Creek Costco around midnight and officers believe he may be heading to the Hamilton area.

He is described as a 5'7 white boy with a thin build and brush cut or bald hair. He was wearing a black t-shirt with "faith>fear" written in white, black athletic pants, and black high top shoes with white stripes. He carried a black Jordan brand backpack with a red symbol and a carved walking stick.

His family is concerned for his safety and welfare.

Anyone who may have more information is urged to contact police. 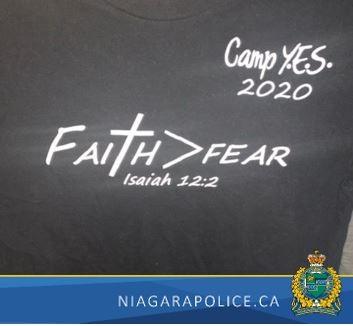