Data from Moneris shows how Ontarians decided to spend their money on the first weekend after the province loosened some of the pandemic restrictions.

According to the stats, Niagara saw a 124 percent increase in spending at hotels, outpaced only by Hamilton with a 139 percent jump.

Moneris reports a 48 percent overall increase in spending in Niagara over the weekend, including 53 percent more transactions from shoppers and restaurants enjoying a 49 percent bump.

People in Toronto were the most eager to hit the patio with a 73 percent bump in transactions at restaurants.

When it comes to shopping, Halton experienced the largest increase with a 70 percent jump within the retail sector. 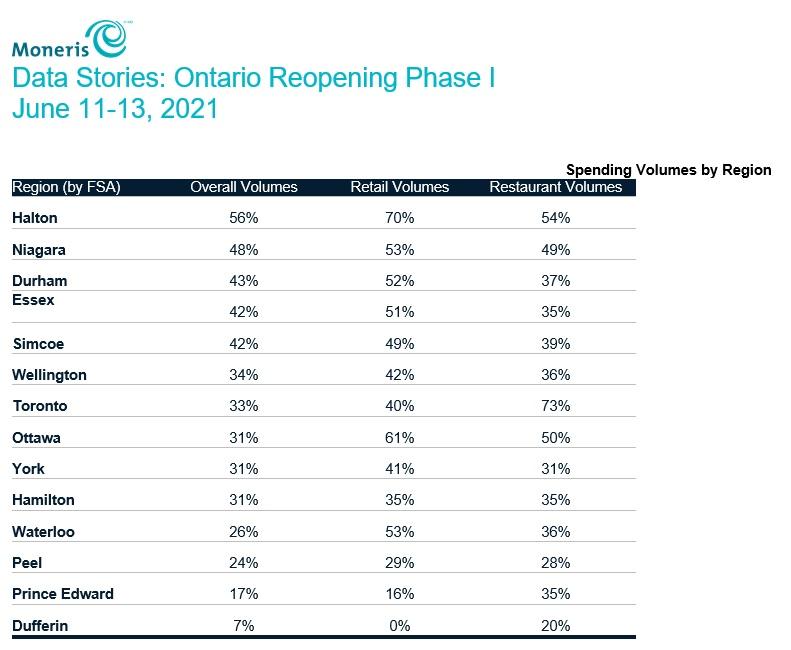