Dr. Mustafa Hirji tells CKTB he's not quite sure why Niagara is currently under the green level, which carries the lightest restrictions, and thinks we should probably be at yellow, or the protect level.

Areas with the lowest levels of virus case counts, positivity rates and community transmission will be placed in a green category, with the most relaxed rules.

The system then moves upward through yellow, orange and red categories, with increasingly strict measures, and has a grey ``lockdown'' level where maximum measures would be implemented.

Hirji thinks Niagara will join Hamilton, Brant, and Halton in yellow on Friday when the government officially launches the new system.

Hirji thinks residents should now limit their contact with only people in their household.

He says a main problem in Niagara is that younger residents are spreading the virus to their elderly parents, grandparents, aunts and uncles. 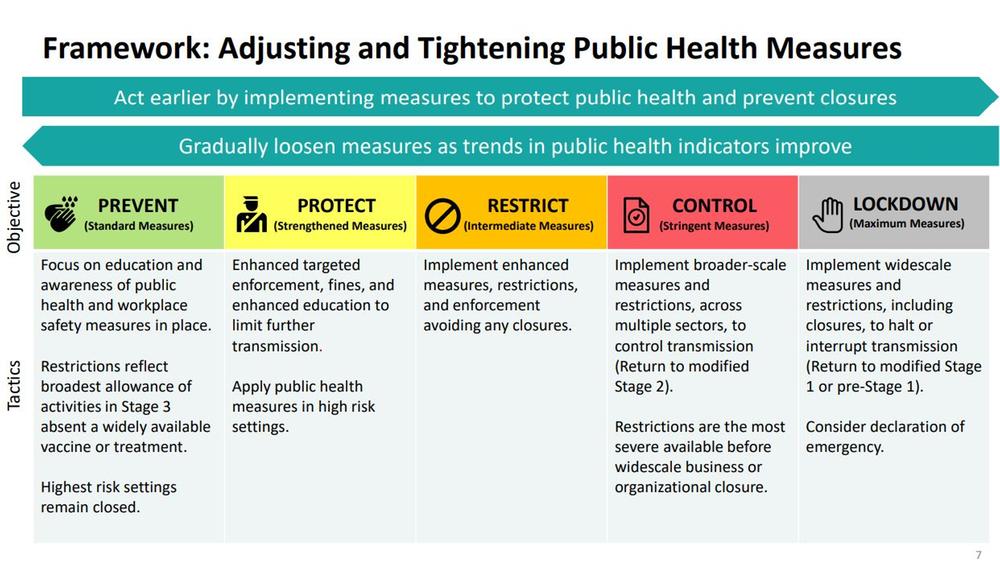