They cite reports of people flying into US airports, such as Buffalo, and then getting a taxi or car service to transport them over the border, thereby circumventing the requirement for people flying into the country to quarantine at a hotel for three days.

Elliott and Jones want the federal government to close the loophole and require all travellers arriving in Niagara, Windsor, Sarnia, and Brockville quarantine at a federally approved hotel.

The pair state the loophole is a significant threat to the health and well-being of the province as over 150,000 people, not including essential commercial truck drivers, have crossed Canada's borders in the past two weeks. 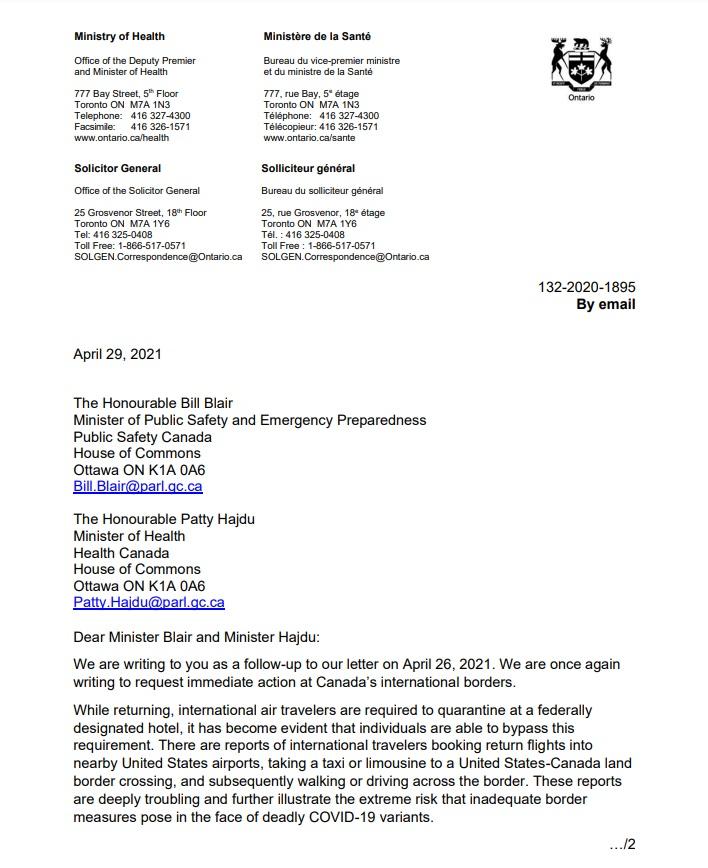 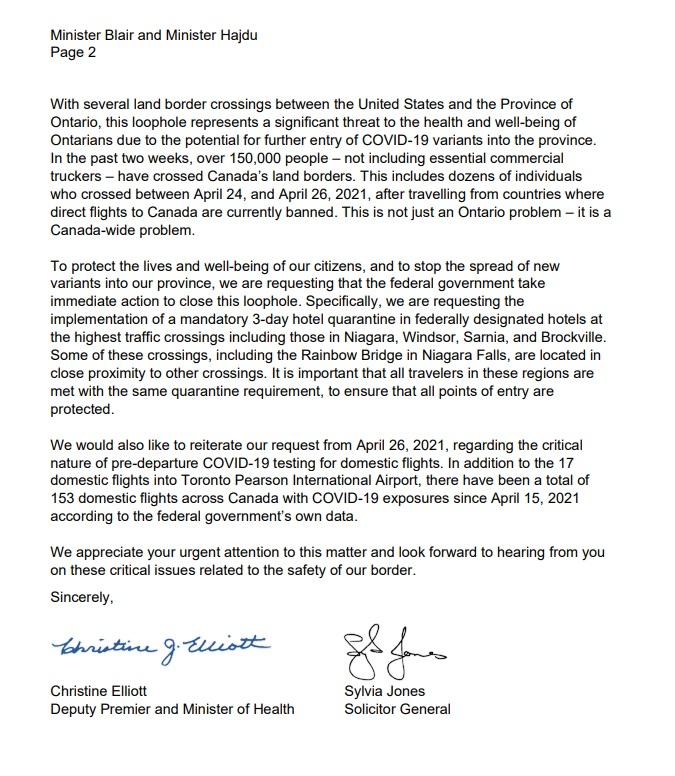