Ontario's Ministry of Health is reporting 341 new cases of COVID-19.

Yesterday they reported 258 new cases of the virus, a number we now know to be incorrect.

Health Minister Christine Elliott says a small glitch in the system caused 87 cases not to be reported yesterday.

The true number of cases yesterday should have been 345.

To make up for the glitch, they've added the missed numbers from yesterday to today's numbers, which is why it says 428 new cases today on Ontario's website.

We’ve learned of a small glitch with yesterday's #COVID19 reporting. Because of a one-time data upload issue, yesterday missed 87 cases. While they’re captured in today’s update, the real day-over-day numbers are 345 new cases on May 14 and 341 today.

There have been total of 21,922 cases of the virus in the province.

Since yesterday's report, 18,354 tests were completed, with 14,373 tests still under investigation. 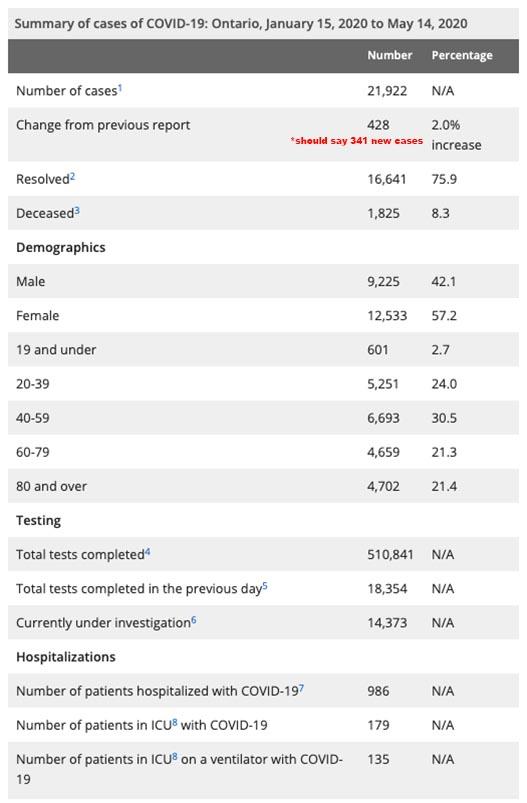 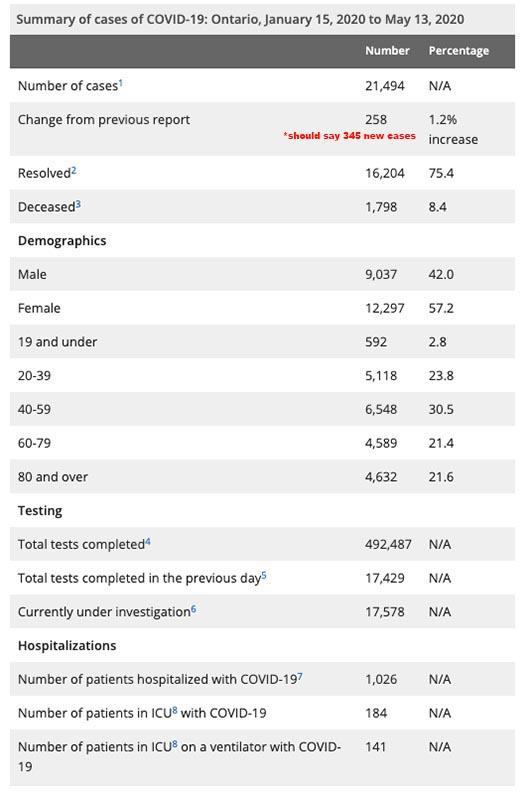