Images of the truck suspected to be involved in a deadly shooting in the Clifton Hill tourist area of Niagara Falls have been released.

It was at 12:30 a.m. Friday officers were called to the area in front of the Great Canadian Midway to find three gunshot victims, who were all male, and under the age of 18.

One was dead when police arrived, two others are in hospital in stable condition.

A vehicle of interest has been identified and detectives are appealing to the public for witnesses who may have seen the vehicle leaving the Clifton Hill area shortly after the shooting.

The vehicle was last seen travelling west on Lundy’s Lane toward the area of Montrose Road.

It is a Ford F-150, Super Crew (4 doors), blue in colour, with dark tinted windows, a tri-fold tonneau cover, and moonroof.

The vehicle has visible damage and is missing a door handle and the front licence plate.

The Midway will remain closed until Monday. 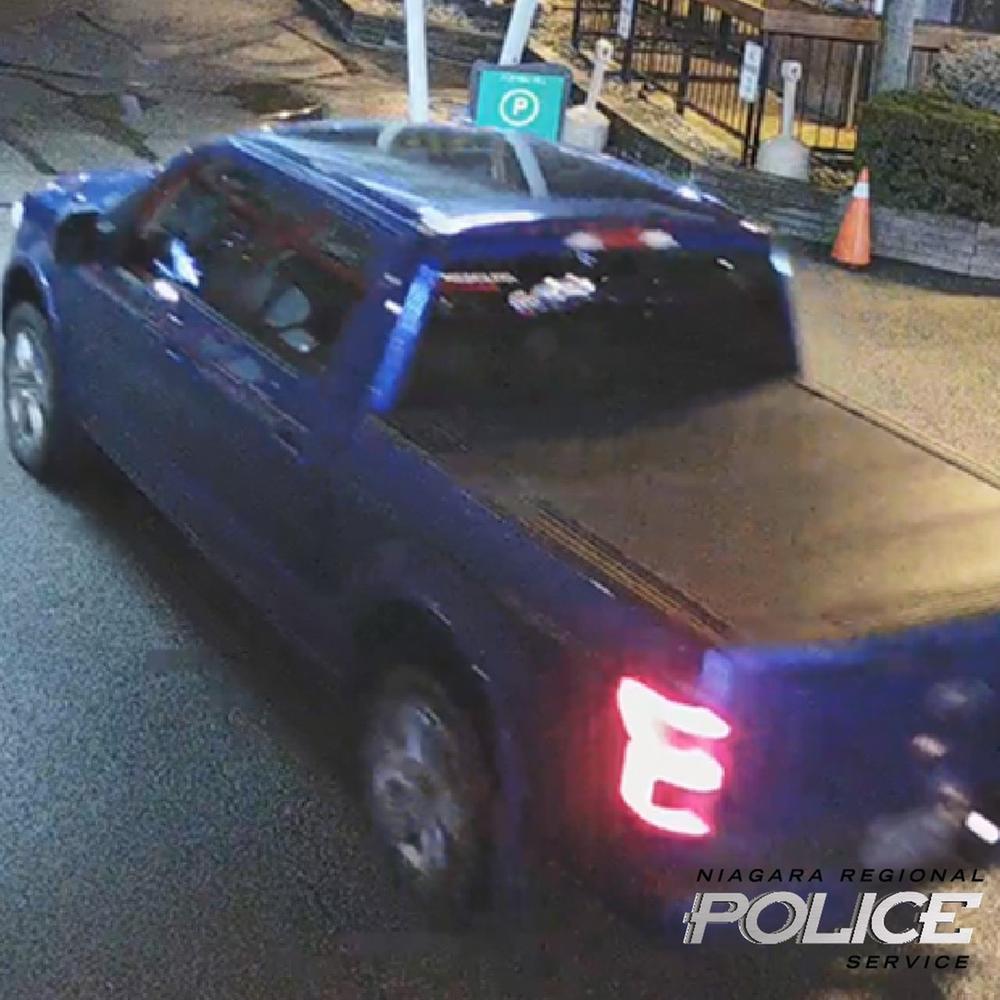 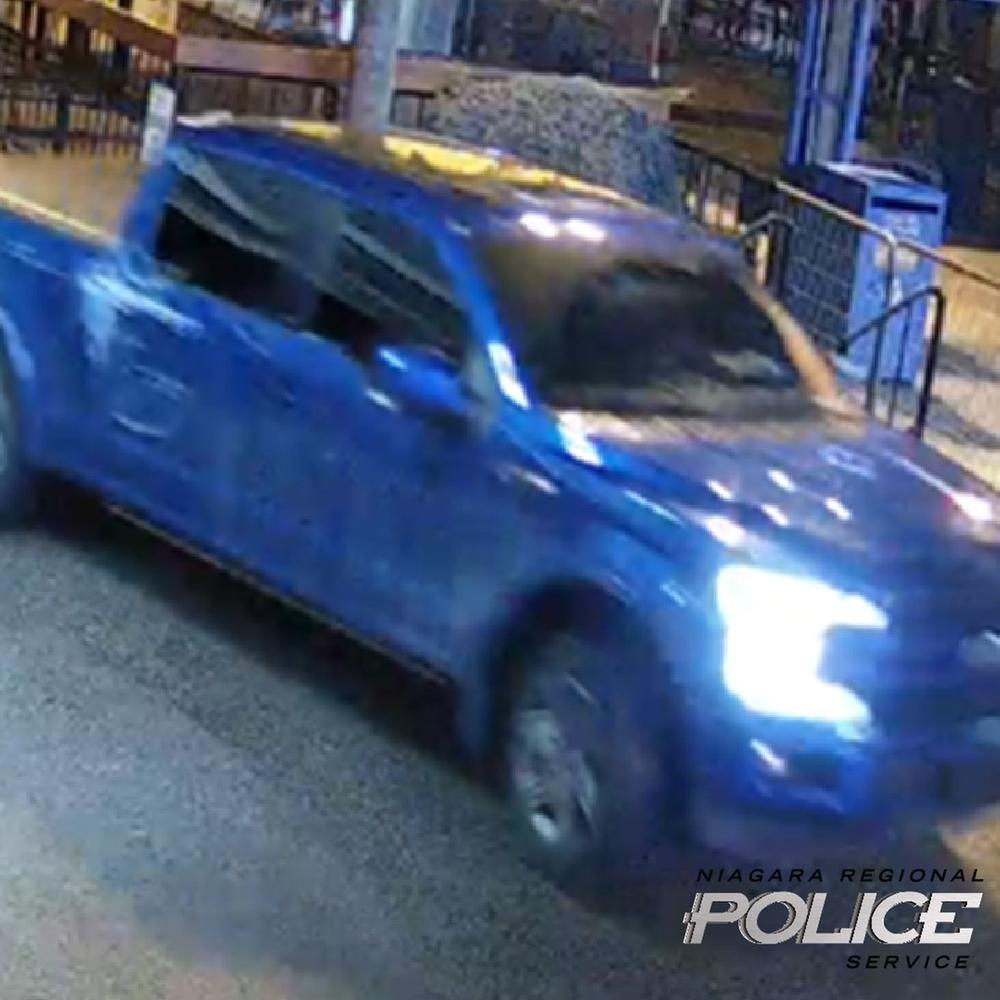