Police in Niagara Falls are looking for a suspect after a woman was shot last night.

Emergency officials found the woman suffering from a gunshot wound at 8:32 p.m last night in the area of Lundy’s Lane and Garner Road.

She was airlifted to an out-of-town trauma centre for advanced medical treatment.

Police later determined the victim was struck with a ball-bearing (BB), believed to have been discharged from a black pistol style pellet gun.

The victim has since been released from hospital and is continuing to recover from her injuries at home.

Picture Images of the suspect have been released.

He is believed to be white, 18-25 years old, 6’0” tall with black hair, wearing a white collared dress shirt, black pants and black shoes.

The suspect fled the scene East on Lundy’s Lane riding a black bicycle.

Of note, the rear tire of the bicycle is distinctly different then the front tire which appears to have a white walled rim.

The suspect is believed to be armed and dangerous.

Members of the public should not approach and are encouraged to contact 911 immediately. 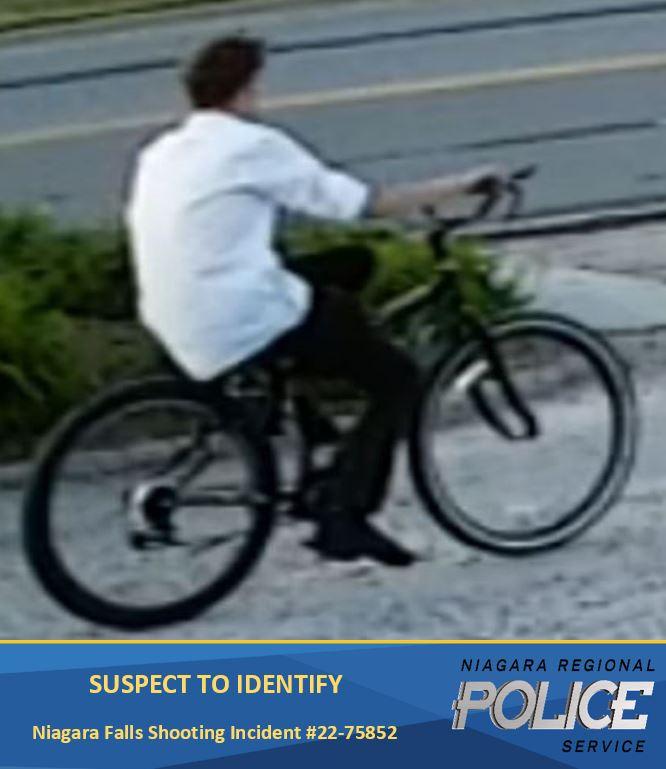 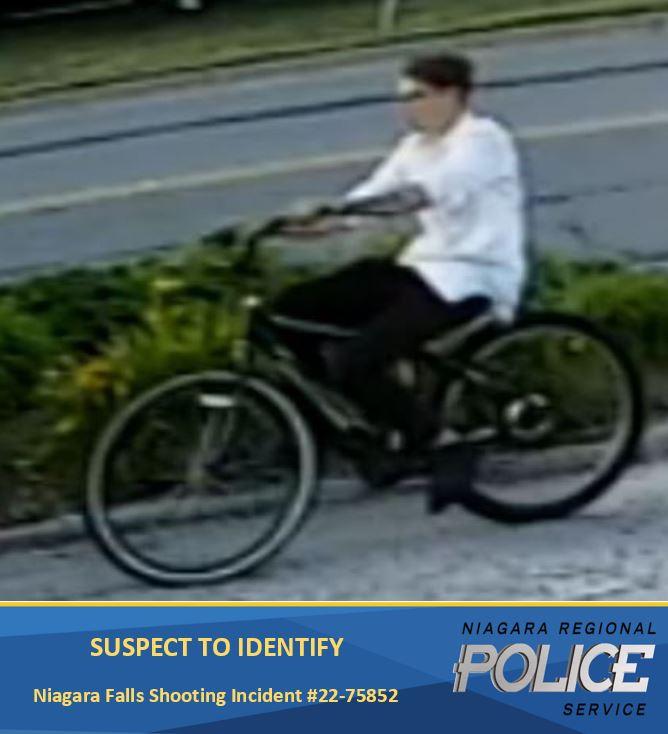