Niagara Regional Police are trying to identify a man who spoke to a 12 year old boy while he was on his way to school.

Officials say the Gordon Public School student was late for class and ran through the parking lot of the Food Basics Grocery Store on Thorold Road at 8:45 a.m. yesterday morning.

A man in the parking lot had a short conversation with the boy and offered him a ride, but no physical contact occurred.

When the boy arrived at school he reported the incident and the NRP were called.

Police are looking for an unknown man described as black, 5'10, 25 to 30 years old with scruffy facial hair, and a medium build.

At the time he wore a black waist length coat with a hood, a white shirt, and grey jogging pants tucked into brown work boots. He wore his long brown hair in a bun.

A letter from the school states the man was driving an older 'box-like' dark blue Chevy van.

Police have not determined if anything criminal occurred.

In the meantime, school officials are encouraging parents to speak with children about the dangers of talking with strangers. 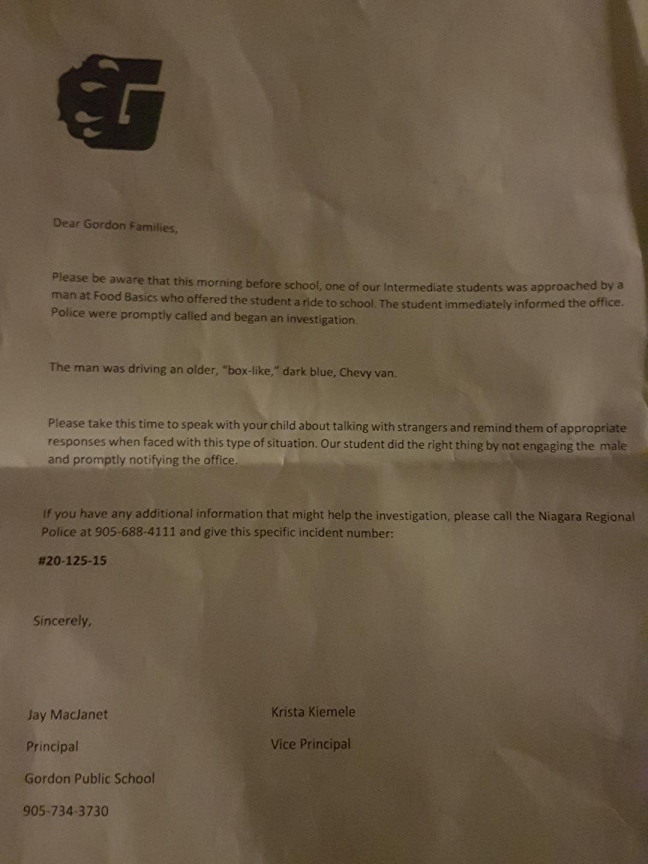