The mayor, MP, and MPP for St. Catharines are calling on the leader of the Catholic Church in Niagara to demand a formal apology for the church's role in the residential school system.

Mayor Walter Sendik, MP Chris Bittle, and MPP Jennie Stevens have penned a letter to Bishop of the Diocese of St. Catharines Gerard Bergie to demand an apology on Canadian soil from Pope Francis.

The letter goes on the state the trio expect the full support of the Catholic Church in providing records and compensation for the trauma inflicted on children by the church.

The three also offer to help to arrange an opportunity for further discussion with local Indigenous leaders on how the Diocese of Niagara can play 'a meaningful role in reconciliation.'

The residential school system was funded by the Canadian government and run by several church organizations as a way to destroy the culture of Indigenous people.

Recently, the horrors that occurred within the institutions have come to light as ground penetrating radar continues to find the bodies of what are believed to be hundreds of children near the former school sites. Indigenous leaders have been insisting for years that unmarked graves would be found at the sites.

Indigenous communities and Canadians are calling for an apology and more financial support from the government to ensure the bodies are given the respect they deserve after the children were ripped from their families.

In the past, the Anglican, Presbyterian, and United Churches and Government of Canada have offered formal apologies for the role they played but many advocates believe the apologies do not go far enough to help the families find closure as some people are still living with the traumas they endured. 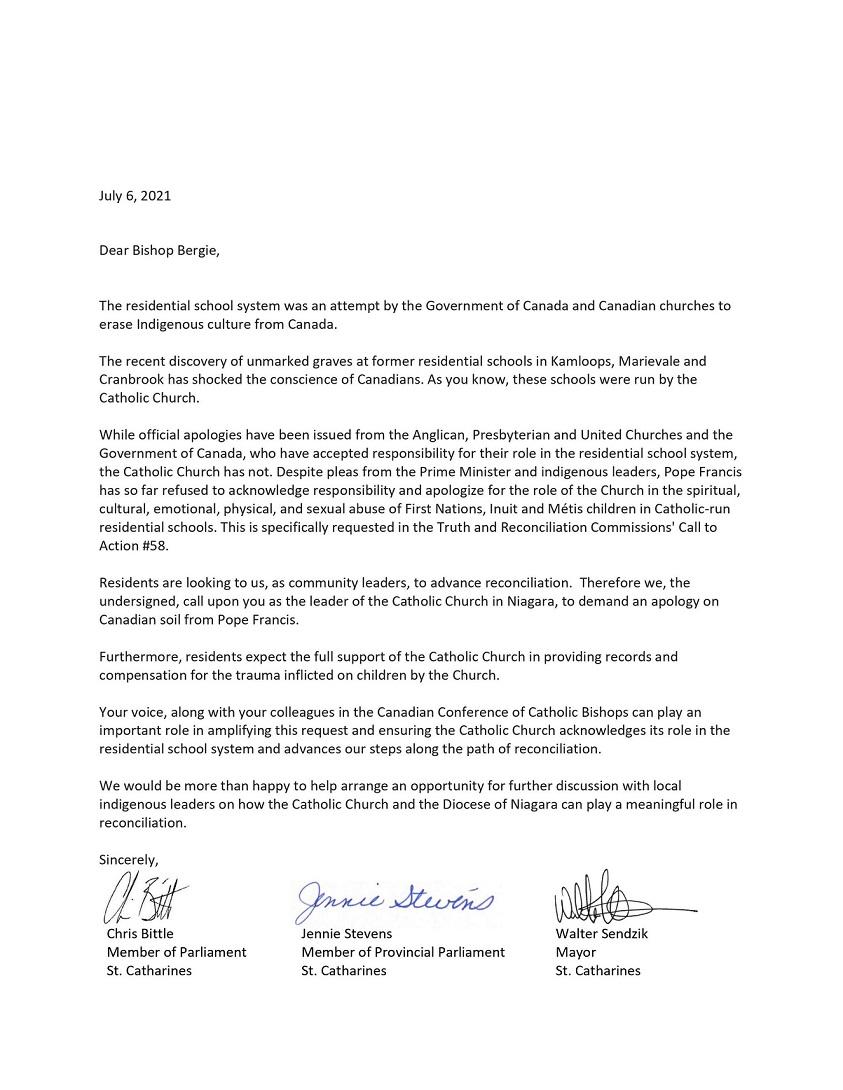