Police have released a sketch drawing of a sexual assault suspect who attacked a young woman in Thorold.

A woman in her 20s reported she was hiking along a trail at Mel Swart Lake Gibson Conservation Park on Wednesday, September 21st at 5:30 p.m. when she was sexually assaulted by an unknown man.

Niagara Regional Police enlisted the help of an OPP forensic artist, who met with the victim, and created a composite sketch of the suspect.

He is described as a white man, 30 to 40 years old, 5’11”, a muscular build, with brown eyes, a tanned complexion with freckles on cheeks, light brown short hair and a moustache that was well groomed.

The suspect called the victim the name “Maggie” numerous times.

Police say the victim’s name is not Maggie and detectives believe this name may have relevance to the suspect.

An adult woman who interrupted the sexual assault and brought the woman to the safety of her vehicle has not come forward to police yet. Police are asking her to contact detectives. 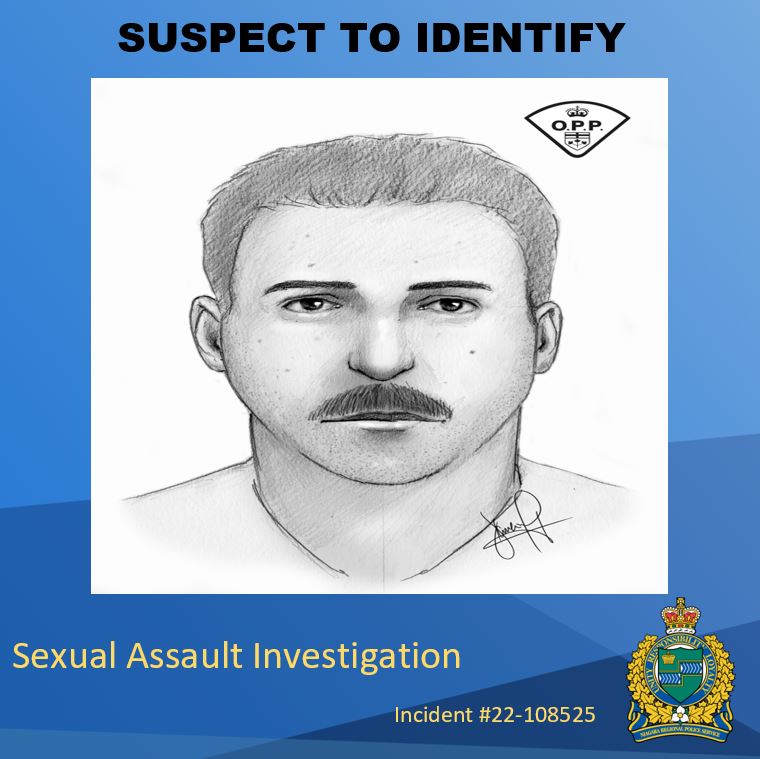