Suspect wanted after 3 robberies in Niagara on Monday

Police in Fort Erie and Niagara Falls are looking for a suspect after three robberies took place yesterday.

At 3 a.m. on Monday a suspect robbed the Pioneer Gas station on Garrison Road in Fort Erie, then 20 minutes later struck again at the Flying J Truckstop on Pettit Road.

Just before 5 a.m. the suspect then went to the Petro Canada on Oakwood Drive in Niagara Falls.

Police say in all three cases, the suspect was unsuccessful in getting the cashier to hand over money, but he stole merchandise.

The Dodge had been stolen the night before the robberies from a Ridgeway Road (near Roxborough Avenue) plaza parking lot.

The Dodge has not been located.

If the Dodge is spotted by a member of the public, do not approach the vehicle and contact your local police. 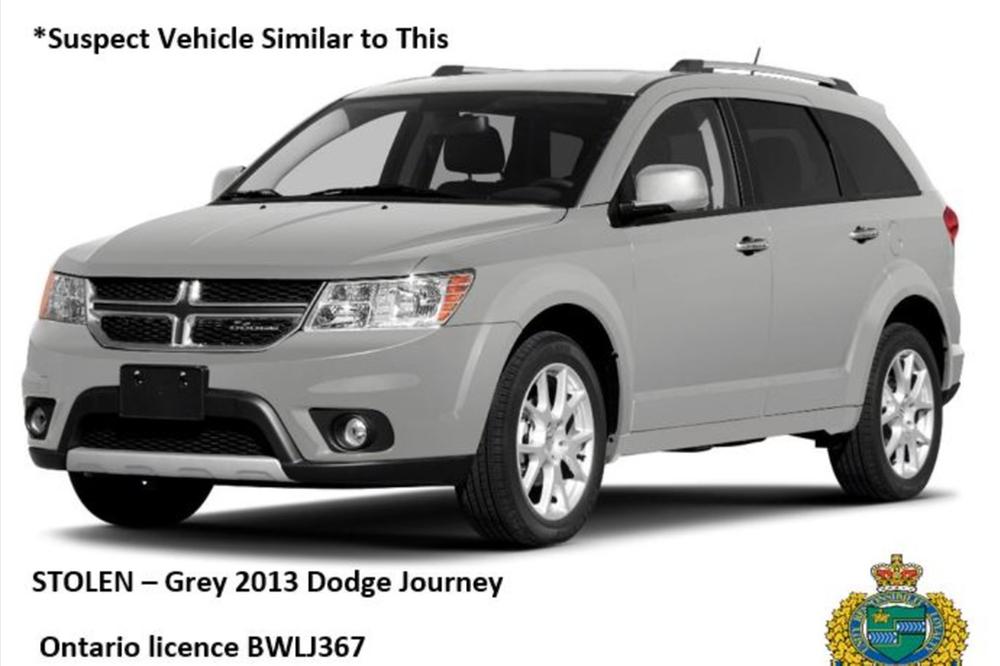