Niagara Regional Police confirm a 4th suspect was involved in Friday's bank robbery at the BMO on King St.

The robbery took place at the Bank of Montreal in downtown St. Catharines at 4:50 p.m. and the suspects fled the scene sparking a police chase.

Police say that there were no injuries, but that 4 NRP marked cruisers and a civilian parked car were damaged.

Three people are in custody.

The suspects fled the scene and a brief pursuit followed which was ended out of concern for public safety.

The vehicle was then located east bound on Decew, and another police pursuit followed.

The suspect vehicle left the road in the area of 406 SB and St. David's Road.

The suspects then fled on foot.

Gavin says the suspect attempted to flee, but a member of the public stepped in and was able to stop them.

The suspect in the stolen cruiser crashed the cruiser in the area of Keefer Rd. and Manley Crescent.

Following a foot pursuit, that suspect was arrested.

It's believed at least one of the suspects entered Regional Headquarters looking to evade police. 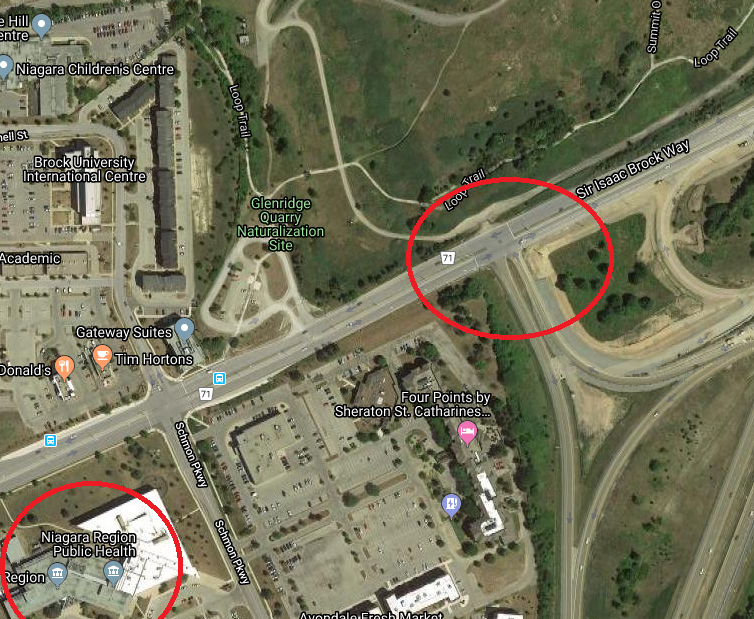