The Ontario Ministry of Health has announced the latest numbers of confirmed cases of COVID-19.

While there wasn't a major spike in the number of cases, five deaths have now been reported.

York Region has reported its first death related to COVID-19.

Officials are only saying that the woman, a Markham resident in her 70's, returned from international travel yesterday and died shortly thereafter.

Many of today's confirmed cases do not include details, such as the communties they live in. 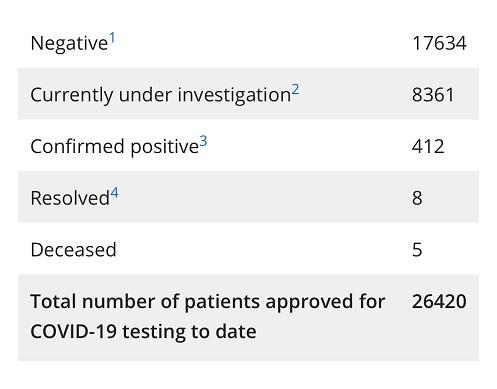