The search for a missing St. Catharines woman has come to a tragic end.

Niagara Police have confirmed to 610 CKTB the body found in Port Dalhousie last week is that of a missing woman in St. Catharines, 37-year-old Katrina Blagdon.

Police say foul play is not suspected in her death.

Since that time, a group of Blagdon's family, friends and volunteers created 'Trina's Army' dedicated to finding the mother of two.

The group has been searching and posting updates on a social media page, including a post this afternoon confirming Blagdon had been identified.

The body was found in the water, and was sent for a post-mortem examination and positive identification in Toronto.

The positive identification was made today. 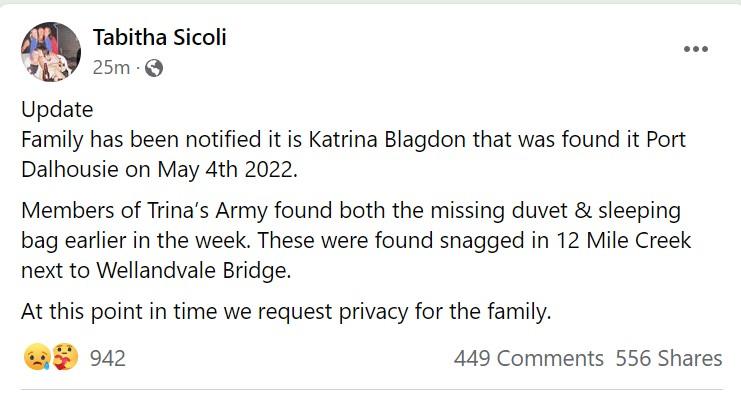