There WAS a closer Chick-fil-A inside of Albany International Airport 15 minutes away... but they had to get inside of the terminal to get to it.

So they pooled their money and bought the cheapest ticket they could find: A $98 one-way flight to Fort Lauderdale on Delta. It cost them around $5.50 each. 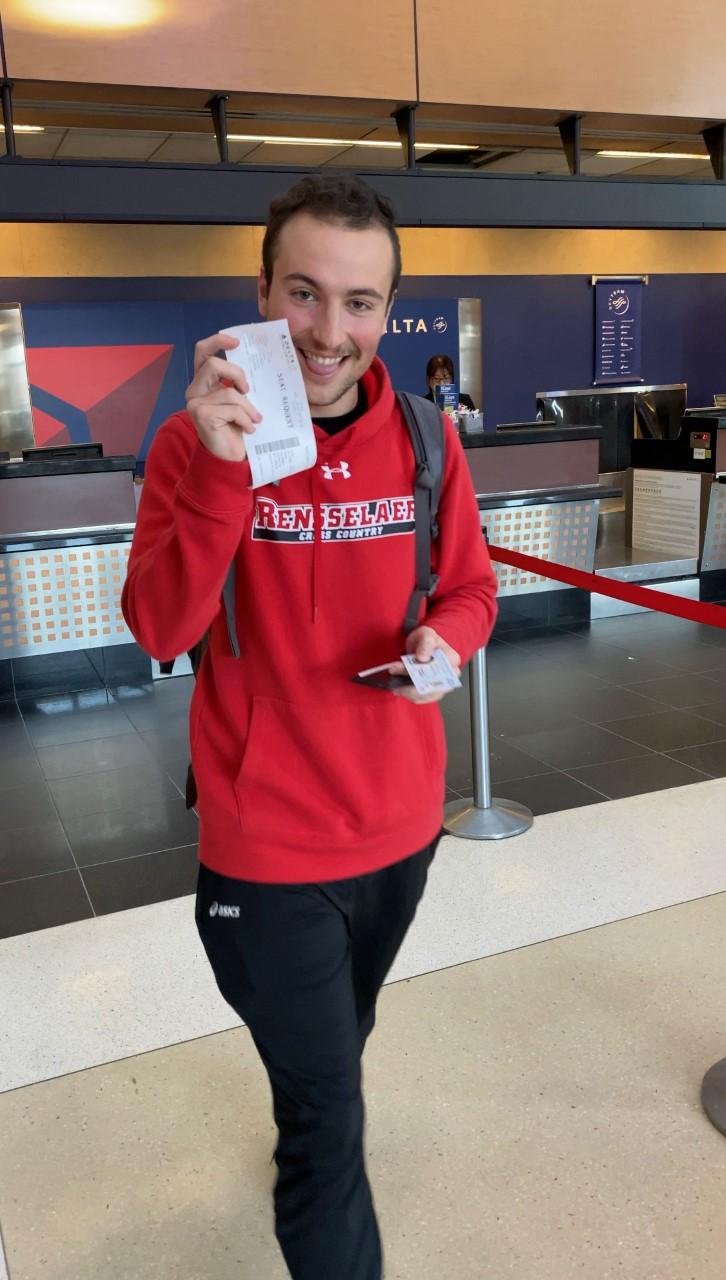 Then the team captain used the ticket to get through airport security and buy $227 worth of Chick-fil-A. He left the airport without flying on the flight, obviously, and delivered the food back to his teammates. 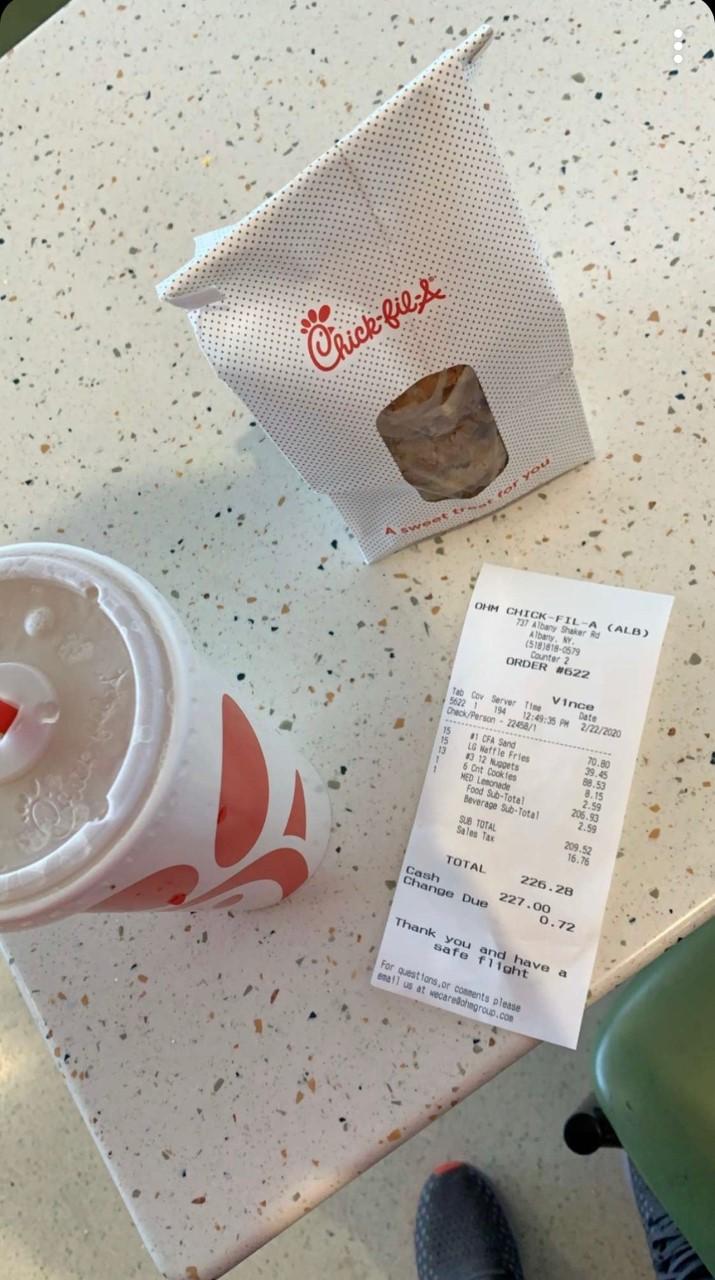 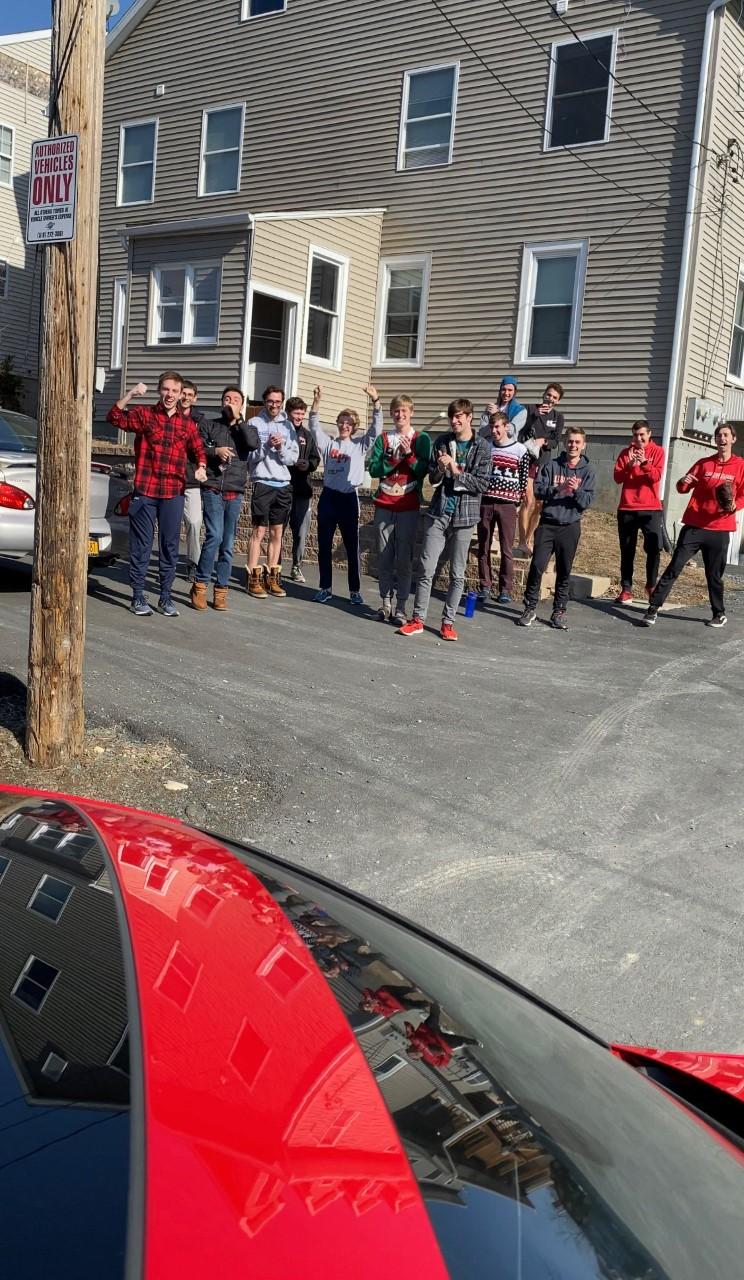