REPORT: Is Ozzy Osbourne On His Deathbed?

2020 isn't off to a good start... as reports are circulating that "The Prince Of Darkness" Ozzy Osbourne is in poor health, and possibly on his deathbed!

Radar Online reports that Ozzy Osbourne is reportedly "on his deathbed" and in a very poor condition.

The source cites an "insider" who allegedly told them:

"Ozzy is in chronic pain and begging to be put out of his misery! He's in such bad shape that he didn't even notice Sharon wasn't there. ...

"Ozzy just lies in bed all day, moaning in pain 24/7. He doesn't know his family half the time and once mistook Sharon for a total stranger, asking her, ‘Who are you?' ...

"Sharon checked on Ozzy every day from London, but now she's bracing for the inevitable. There have been times when she wanted to kill him, but now she is terrified of a life without him."

The report adds that "Sharon and Ozzy Osbourne did not respond" to the site's requests for comment.

Meanwhile, Ozzy's daughter Kelly posted on Instagram that the report is "utter bullshit" 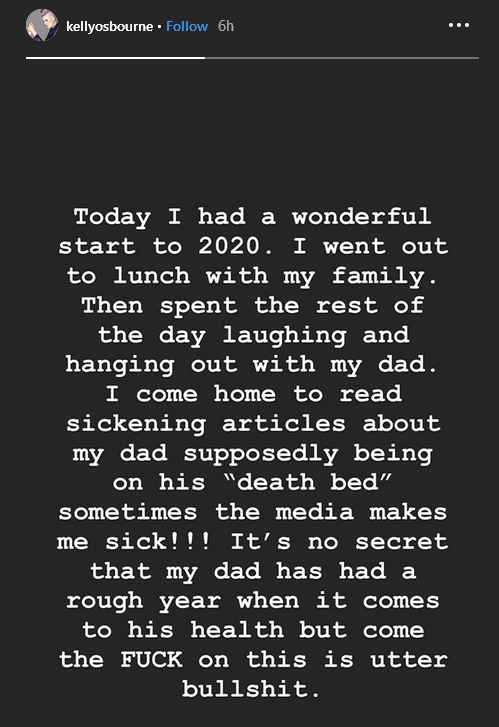