It was a Canada Day that will go down in the history books as celebrations across the country were cancelled this year to avoid mass gatherings due to Covid-19.

That didn't stop Canadians from celebrating our 153rd birthday however, in some very innovative ways from Christmas lights in Meaford to driveway dinners in Saugeen Shores.

Many of us got creative this year.

And despite municipal fireworks being cancelled there was no shortage of that Wednedsday night either as families and neighbours got together and held their own displays.

One of the other celebrations with a difference was a concert put on in Sauble Beach by Susan Aglukark.

She sang on a stage at the beach while visitors stayed in their vehicles and listened.

It was just another way the community of South Bruce Peninsula is dealing with the closure of Sauble.

Not everyone is happy the beach was closed again and even as the concert was starting, several peaceful protestors -some of them local business owners,  were carrying signs demanding the beach re open.

That's exactly what's on the agenda Thursday for council who are holding a special meeting on the issue that has divided the town between those who say they want to stay safe and others who say the local economy needs the beach to be re opened.

If there was any question about whether visitors would have flocked to Sauble this Canada Day, maybe we can look to Grand Bend where its estimated about 6,000 people turned up Wednesday afternoon while Wasaga - or what's left of it - was also packed with thousands of out of town day trippers. 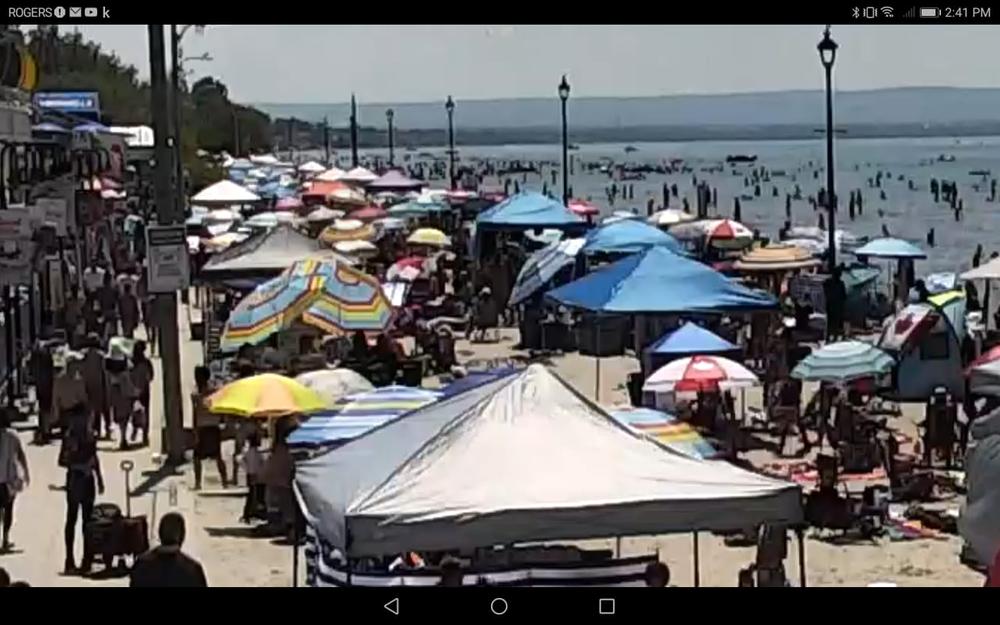