Thanks to Entertainment Weekly we've got a first look at actor Rami Malek as Freddie Mercury in the upcoming Queen biopic "Bohemian Rhapsody". 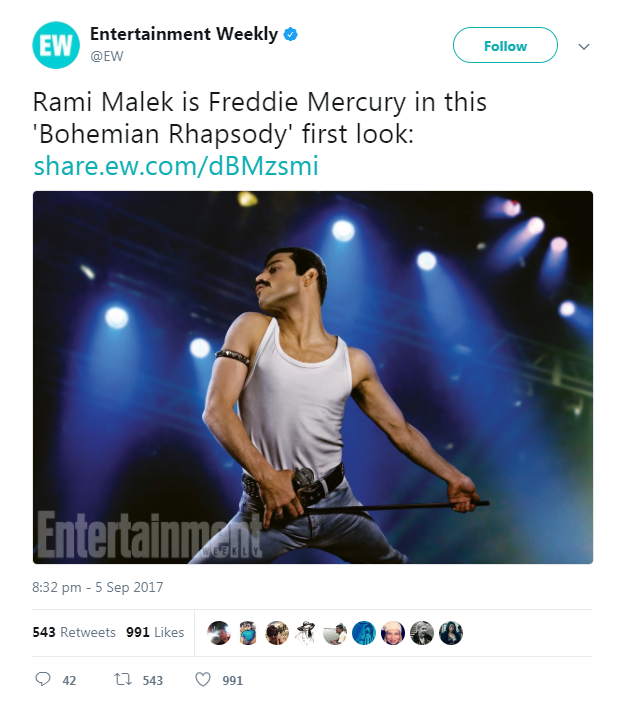 Yeah, that's not the singer himself- its the guy from the show Mr. Robot. He's a pretty good actor and has a real resemblance to Freddie even when he isn't done up for the film so it seems like a pretty perfect casting. As for the singing, the film will use a mix of Rami's voice and archive audio of Freddie's voice. You can't expect any actor to be able to fully pull off Freddie Mercury's portrayal, because nobody can sing like him.

"Bohemian Rhapsody" will follow the life and careers of the members of Queen from the early 1970's till 1985 and their Live Aid performance - Spoiler alert - 6 years prior to the singers death. The movie comes out Christmas Day of 2018.

If you for some reason don't know what Freddie Mercury looks like in real life, check out this video of queen Live at Rock Montreal in 1981. And as an added bonus, pay attention to the bass player John Deacon. He's gonna be played by the kid from Jurassic Park!