HTZ Nation! It's finally over! 2020, can you believe we made it? The music industry is happy to turn the calendar over I'm sure. Let's face it, this year was incredibly hard. Cancelled tours, venues shutting down, and bands forced to play to us on our couches through the camera lens. However, 2020 still produced some amazing records. Huge returns from legendary acts, albums released before the world stopped turning and even masterpieces made in lockdown.

I listened to almost everything I could this year. And yet there are still albums I haven’t gotten to. These are just a few of my favourites from this year... Oh and emphasis on FAVOURITE. Before I get angry emails and comments like "How could you not have 'xyz band' on the list" or "I can't believe you thought 'that' was better than 'this', you know nothing", these are just some albums I heard that really stuck with me. So, without further ado, let's begin. 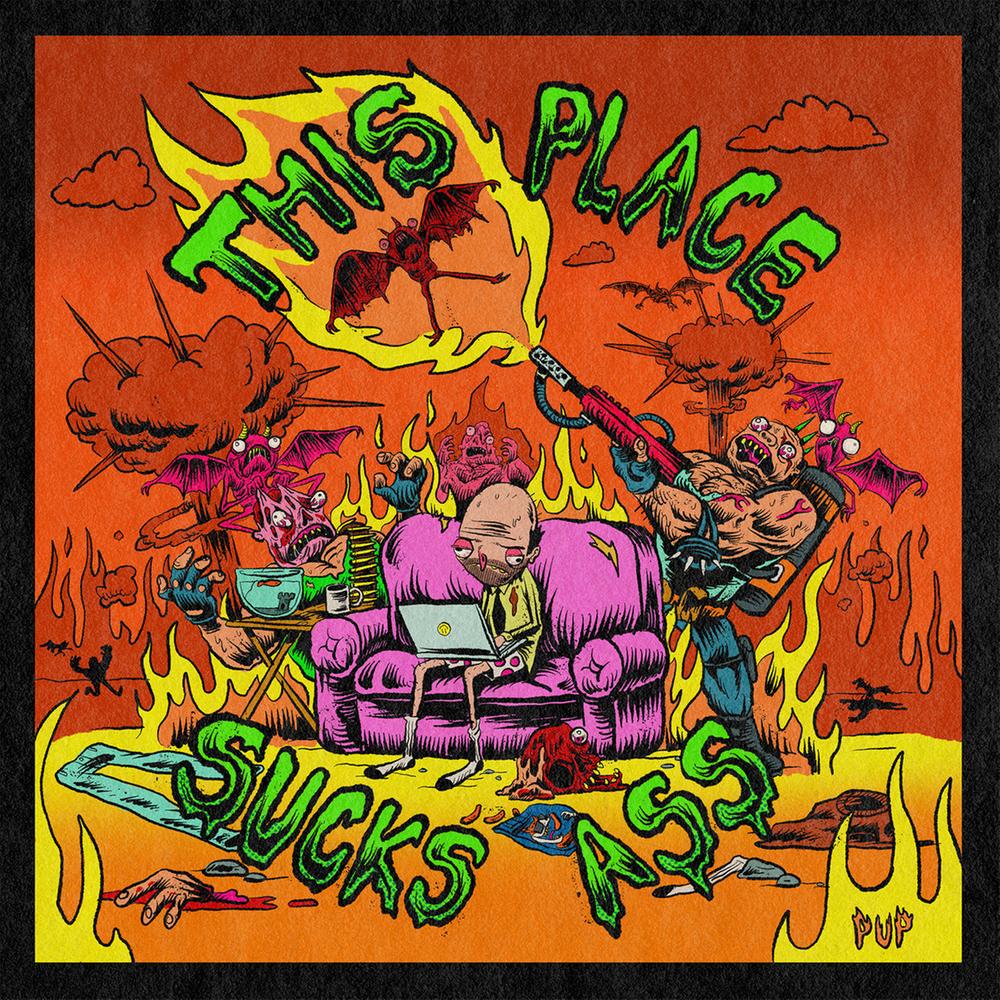 When I walked into Sneaky Dee’s in 2013 to check out the album release show for Toronto punks PUP, I had no idea what to expect. The chaos and energy that filled the upstairs stage area of the Toronto dive bar consumed me, and I have never been the same since. PUP instantly became one of my favourite bands and 7 years on are still releasing some of my favourite music including their latest EP “This Place Sucks Ass”. The band musically sound something like if Rush tried to make an 80’s hardcore record. The musicianship is borderline offensive, a band singing songs about allergic reactions, rotten flesh and missing funerals shouldn’t be this competent. Yet they are, and they just keeping getting better. “This Place Sucks Ass” is mostly comprised of left-over tracks from 2019’s “Morbid Stuff” but the 6 tracks stand just as strong any material from PUP’s outstanding catalogue. Check out the live video for the EP’s opening track “Rot”, recorded at Sneaky Dee’s in October of 2020 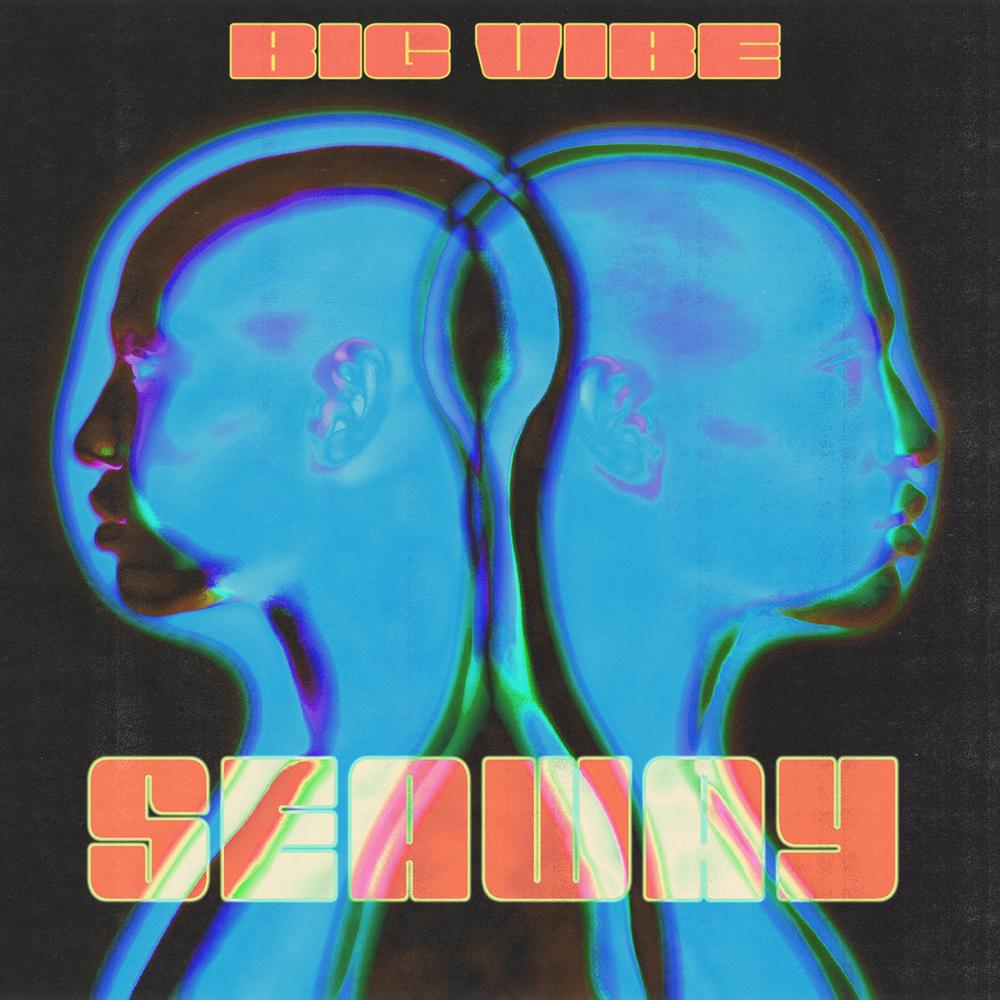 Oakville natives Seaway made their return with new full length “Big Vibe” in 2020. In a year where pop punk seems to be back in vogue, (look at Machine Gun Kelly shifting gears from rap to working with Blink 182’s Travis Barker), Seaway released an incredibly catchy record that still makes me want to get out for a rip on a skateboard. I thought 2017’s “Vacation” was a master class in writing big sing along choruses, but “Big Vibe” improves on that and adds shimmering guitar work. The band seems tighter, more focused and driven. I can’t wait to hopefully catch them live in 2021. Check out the video for title track “Big Vibe” here, maybe the happiest song I heard in 2020. 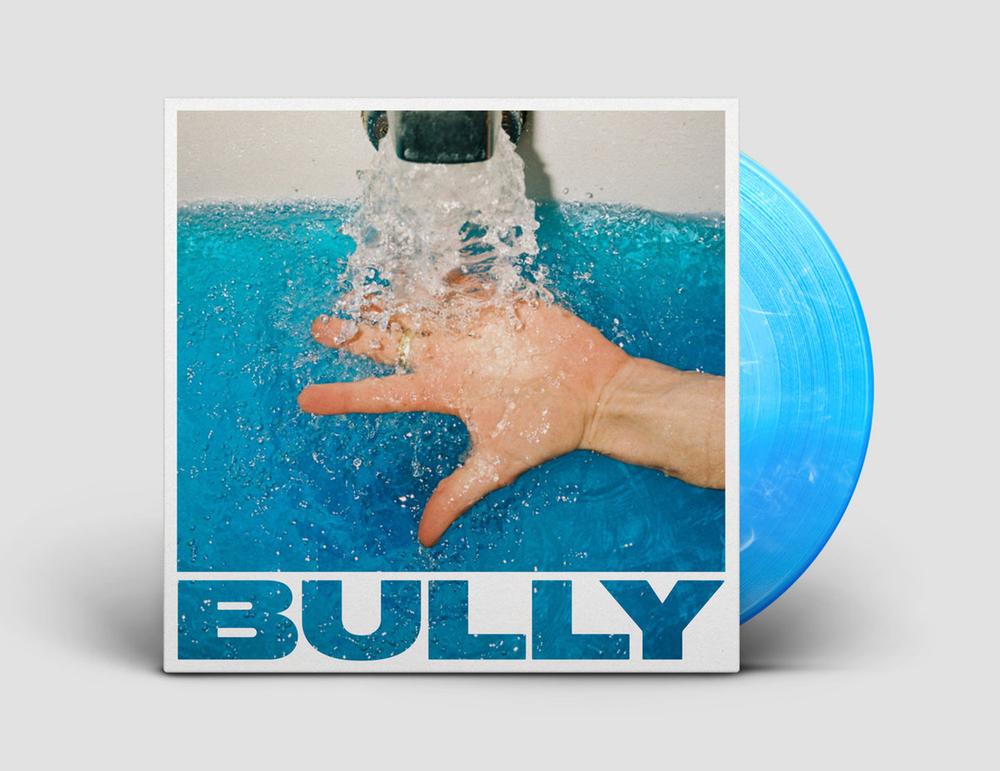 This is a record that just squeezed under the wire for me. Only because I just played it for the first time a few days ago. Released back in August, it regrettably slipped my mind. Boy, am I paying for it now! “SUGAREGG” has been on my brain since first spin and shows no signs of slipping. The album fits perfectly on the legendary Seattle record label Sub Pop, with the band taking their 90’s influence and merging it with modern alternative ideas. The guitar playing is familiar but inventive. Alicia Bognanno’s vocals cut through the mix like a shard of beach glass. Bully are so much more than just another female fronted rock band, and I’ll be playing this record a lot into the New Year. Check out the video for “Where to Start” here. 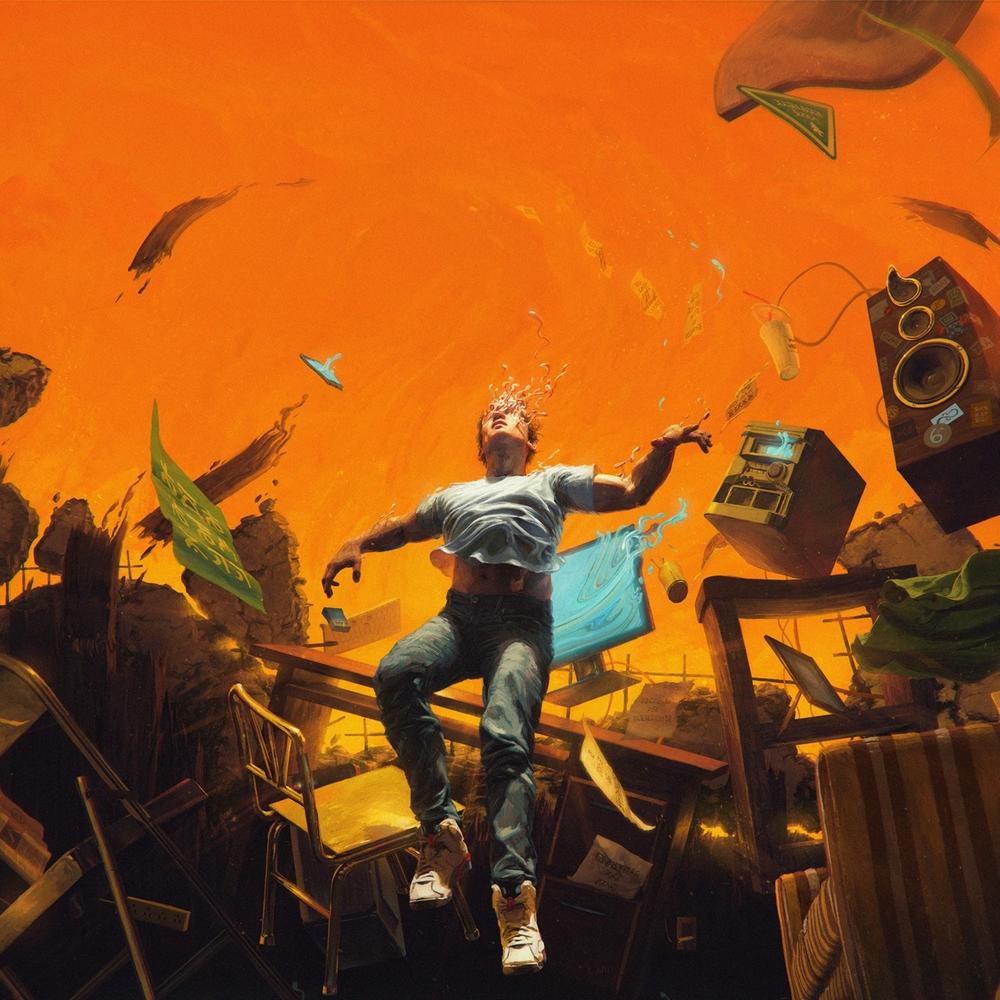 If 2020’s “No Pressure” is truly the last release from rapper Logic, he is going out on top. For me, hip-hop records only stick with me if the beat behind the words is strong. I could strip away the vocals from this album and be entertained by the instrumental’s alone. However, Logic’s poetry is perfectly reflective and optimistic towards his future as a father. I’m sure there were Hip-Hop records more popular or that performed better in 2020, I’m truly no expert, but to me, nothing was more impactful than “No Pressure”. Check out “Hit My Line”. 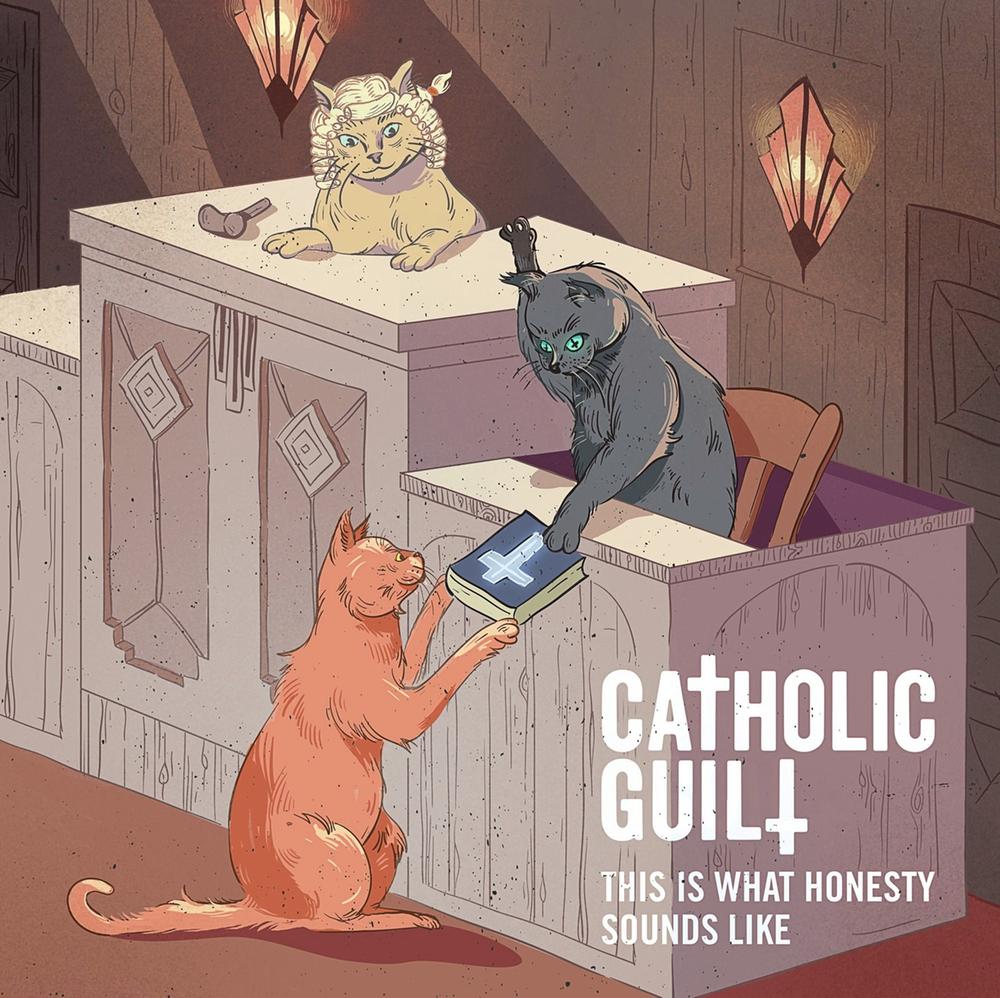 This EP grabbed my attention with its album cover. Cartoon cats in a courtroom, seems like something I’d enjoy. Sure enough, Australia’s Catholic Guilt did not disappoint. “This Is What Honesty Sounds Like” is the perfect title for this release, as the band speaks the truth about the world that surrounds them. Catholic Guilt perfectly blends folk, punk and mainstream rock to create something refreshing and thought provoking. Check out the poignant “Song of the Renter” 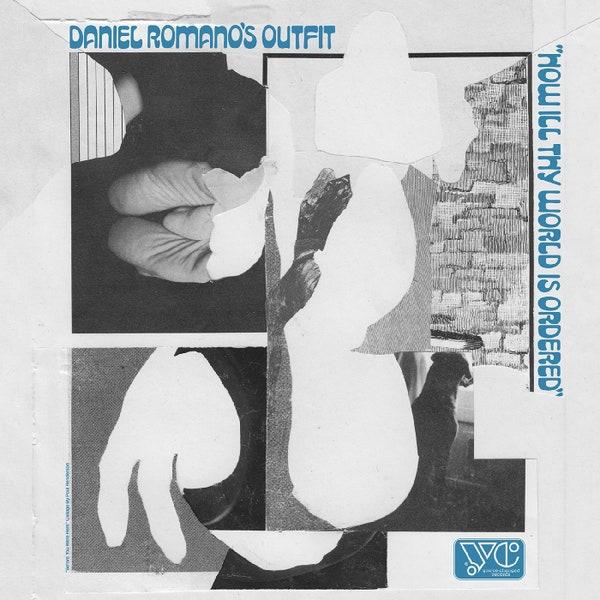 I know Bob Dylan is still alive but if it’s possible for someone’s soul to splinter while still on earth, then part of Dylan’s soul has embodied Daniel Romano. Welland’s Romano has made the most of this long, strange year by releasing a number of projects with a whole cast of characters. Maybe the best of Romano’s output in 2020, is “Daniel Romano’s Outfit: How Ill Thy World Is Ordered”. There is something incredibly real and raw to this record. The lyricism is top notch, the production, modern but retro and there’s no doubting the talents of those Romano has made a part of his Outfit. Check Out the albums first track “A Rat Without a Tail” 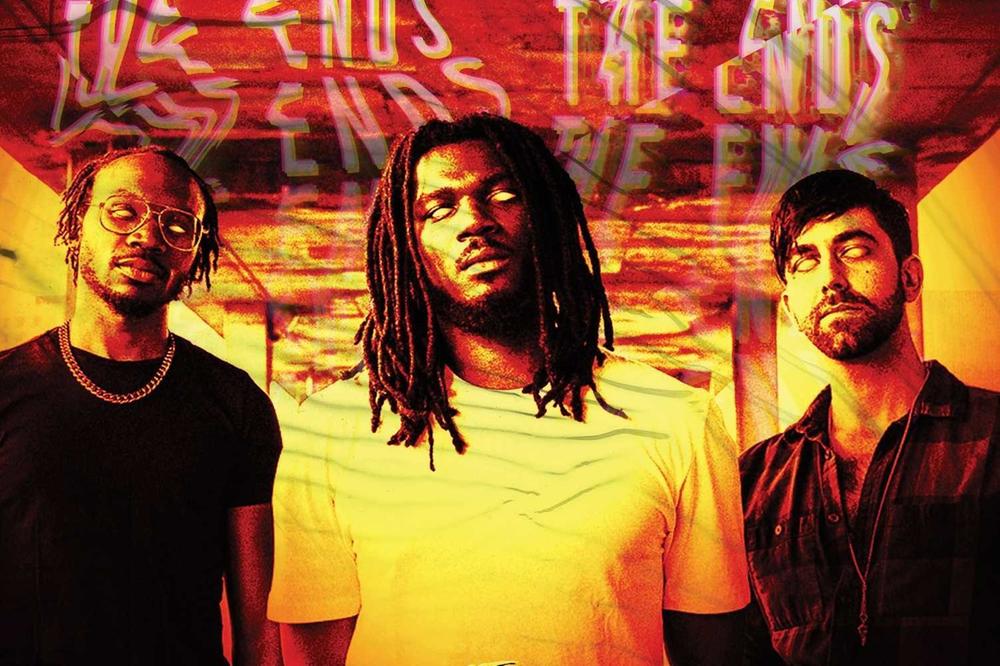 Talk about a band upsetting the apple cart in 2020. The last I heard anything from The OBGM’s, was an unplugged set at 2015’s Riot Fest in Toronto. Then poof, it seemed like the band vanished. Only to remerge in 2020 with a turbo charged release entitled “The Ends”. The band spent the year challenging the status quo of music press in their native Toronto and world-wide, daring critics and fans to ignore them through social media. When the music is this good, it’s impossible to sweep under the rug. 10 songs, 23 minutes, “The Ends” is a surgical, genre bending release. Check out the video for “Not Again” 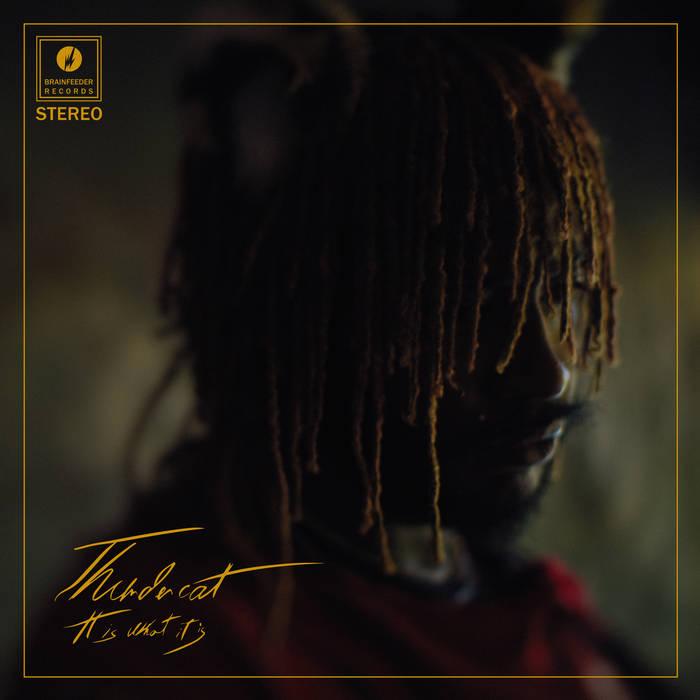 It Is What It Is – Thundercat

The songs may feel jokey or too casual at times, but the musicianship of Thundercat is no laughing matter. “It Is What It Is” sees Thundercat launch into the stratosphere on the back of monster bass playing. There’s so much texture to this record, creating a beautiful back drop for Thundercat’s master musicianship to shine through. It’s jazz-fusion, it’s dance music, it’s songs with Dragonball Z references… just try to put “It Is What It Is” into a box, and it will escape with every twist and turn Thundercat takes. Check Out “Interstellar Love” 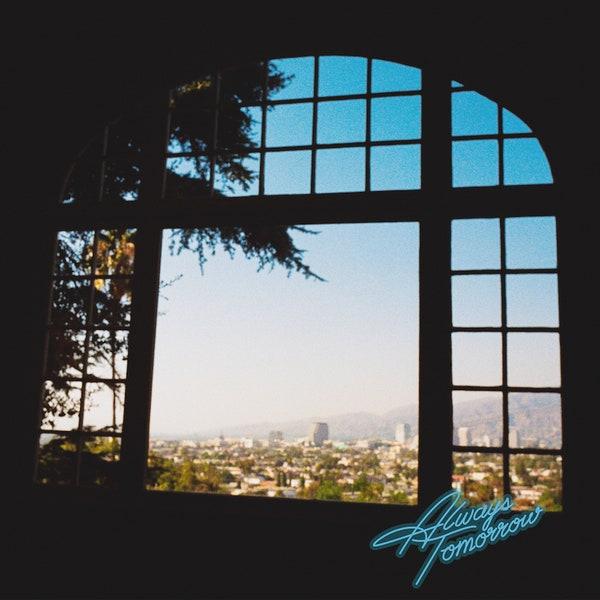 This album may have gotten lost in the shuffle. Released before the world shut down back in February, “Always Tomorrow” sees Best Coast’s singer-songwriter Bethany Consentino at her most emotionally mature. Songs like “Everything Has Changed” and “For the First Time” blend positive introspection with the California pop sound fans have come to know and love. Bobb Bruno once against works his mad scientist pedal power magic to create a full sounding record full of dreamy guitar tones.  2020 has been miserable for many of us, but Best Coast’s “Always Tomorrow” is a nice shot in the arm of positivity and growth. Check out the video for “Everything Has Changed” 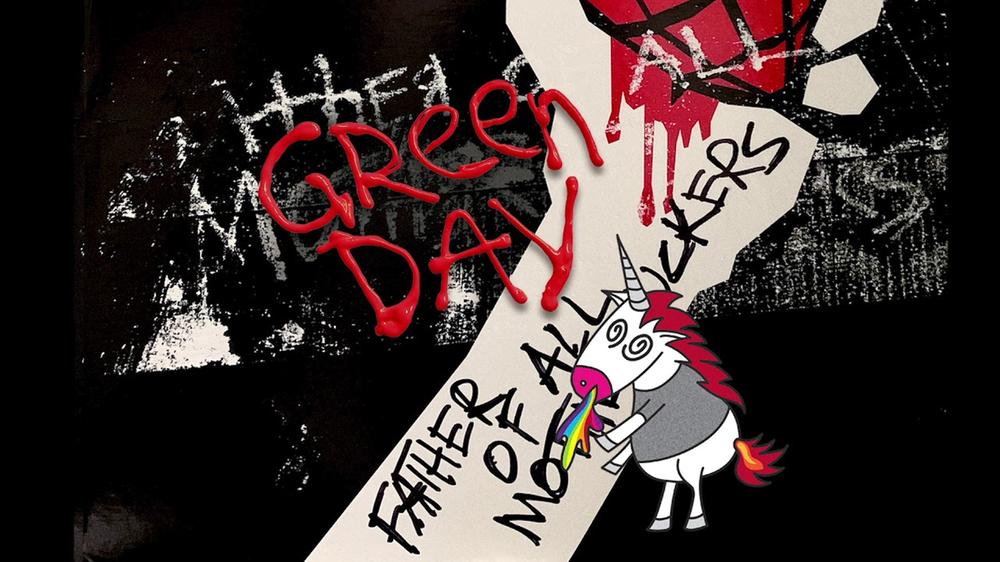 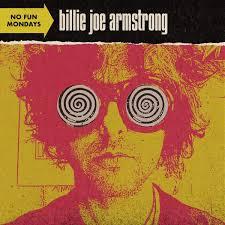 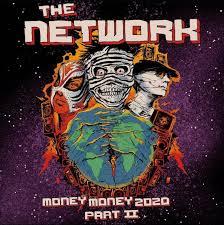 Okay so I’m cheating here a little bit, but when your favourite band puts out not one, but three albums in a year, you have to be happy. Let’s start with Green Day’s “Father of All…”, look is it the best album they ever made? no. However, each time I listen, I find something new to love about it. It may be a little overproduced but at its core it’s just a good old fashioned Rock n Roll album and I was looking forward to seeing them play it as part of the Hella Mega Tour with Weezer and Fall Out Boy. Of course, that didn’t happen. So, frontman Billie Joe Armstrong regrouped and put together a collection of cover tunes and turned that into a pretty solid record. Hearing Armstrong take on songs like “I Think We’re Alone Now” and “Kids in America” really energized my fandom. Of course, Green Day had one more trick up their sleeves, transforming into new wave side project The Network for “Money Money 2020 Part II: We Told Ya So!”. This is the band taking themselves at their least serious, with tunes sung and written by all members of the bands, additional keyboards and keytars fill out the sound and transport listeners back to a time when Devo’s roamed the earth. All three of these are fun listens and enjoyable, but I find it hard to pick a favourite. So, here’s a sampling of all three: “Fire, Ready, Aim”, “Kids in America” and “Fentanyl”

Thanks for reading, and happy listening in 2021! - Jonathon