The Dead Daisies features rockers Doug Aldrich (Whitesnake, Dio), John Corabi (Mötley Crüe, The Scream), Marco Mendoza (Thin Lizzy, Whitesnake), Brian Tichy (Ozzy Osbourne, Foreigner) and David Lowy (Red Phoenix, Mink). All of them were weened on the classic era of rock of the late 60’s through the early 90s and its that spirit and those songs which carry the band around the world.   The  Dead  Daisies  have three albums to date and have toured with the biggest names in Rock  including:  ZZ  Top,  Aerosmith,  Lynyrd  Skynyrd,  Bad  Company,  Judas  Priest, KISS, Whitesnake, Def Leppard and the Hollywood Vampires. Those who follow the band swear that Rock ‘n’ Roll is alive and well!!

Check out Paulie's chat with singer John Corabi about globe trotting with The Dead Daisies at the link below:

One thing is for sure, The Dead Daisies are going to be “Live & Louder“  at Lee’s Palace in Toronto on August 12th. CLICK HERE for tickets and info. 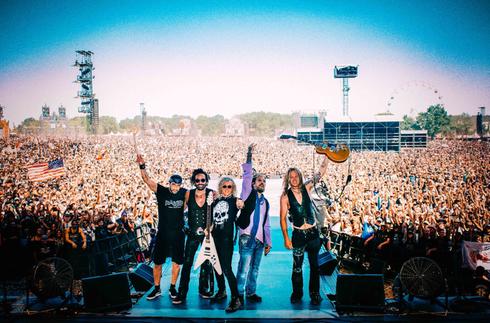