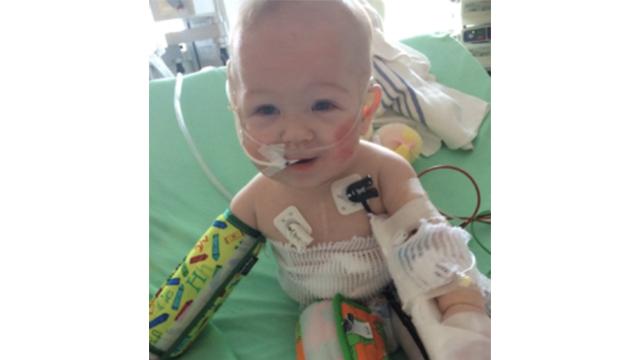 Olivia was born weighing only 3 pounds, and had already been diagnosed with a serious heart problem. She also had trouble breathing due to an unattached esophagus. Within 30 minutes of being born, Olivia was rushed into surgery where temporary fixes were performed on both her heart and esophagus. Four months later, after receiving surgery on her esophagus, her lungs collapsed and she was put on a ventilator. Due to varying new complications including pneumonia and the swelling of her heart, Olivia was kept on a ventilator for an additional 8 weeks. It became clear that Olivia may never be strong enough for the surgery that would fix her esophagus. ​
But eventually, the team at the Children's Hospital found a surgery option that had never been performed before here in Canada. It involved the use of magnets - one which was put in Olivia's mouth, and the other in her G-tube, which brought the esophagus together. 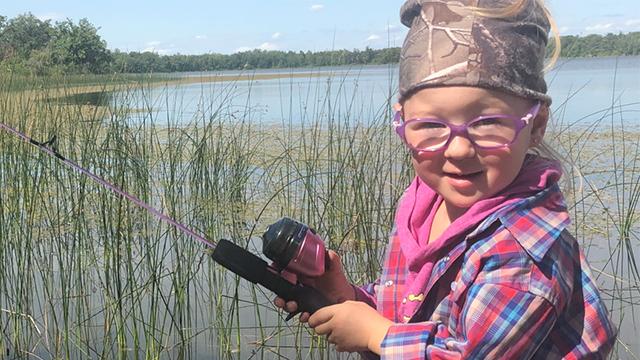 The doctors and nurses at CHF saved Olivia's life, and Olivia's mom is forever grateful for their compassion and innovation.

By texting the word KIDS to 204999, you can help to ensure quality care for children like Olivia can continue. For every message received, Green Drop will donate $1 to The Children’s Hospital Foundation of Manitoba up to $1,000. Standard message rates apply. Your support can make a major difference in the lives of so many Manitobans!

To learn more on how you can support the Children's Hospital Foundation of Manitoba, visit their website.