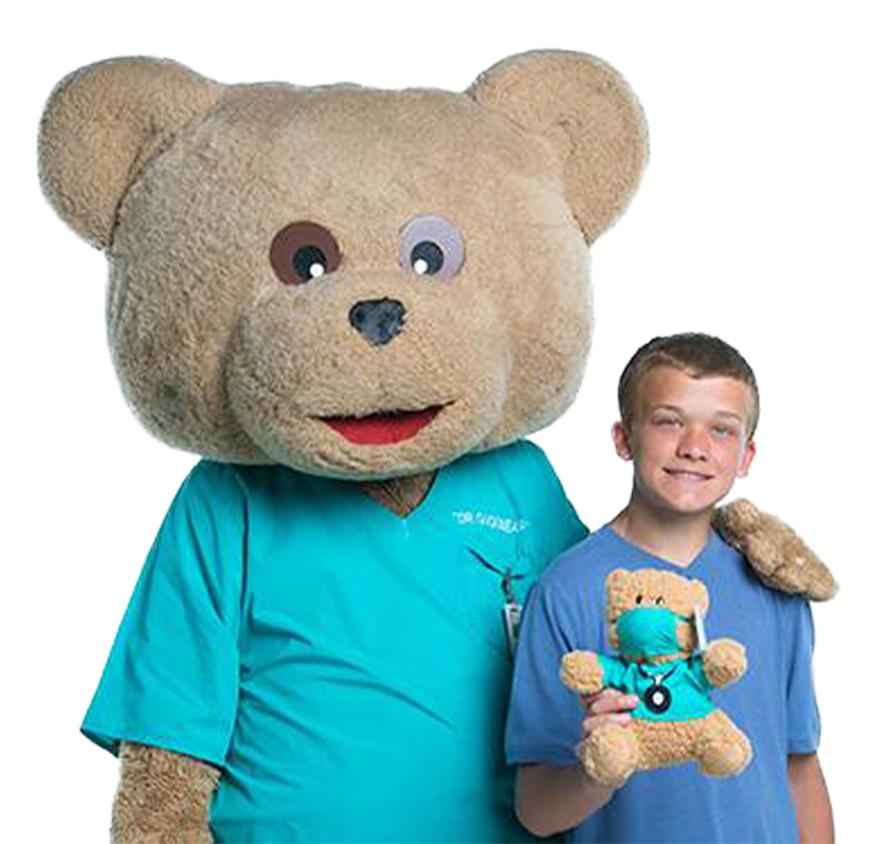 Brady was only five months old when his parents noticed unusual spots on his body. They took him to a dermatologist who diagnosed him with Type 1 Neurofibromatosis – a genetic disorder that causes tumors to form on nerve tissue. These tumors can develop anywhere in the nervous system, including the brain, spinal cord and nerves.

The family continued to monitor small growths on Brady – sometimes feeling hundreds under the skin. For awhile, there were no other symptoms. But when Brady turned six, a curve in his spine appeared. An MRI showed he had a large tumour growing off his spine into his chest cavity. This was a plexiform neurofibroma – a larger, more extensive tumour - and because of its location, was inoperable. Brady's parents were left wondering what the future would hold for their little boy.

Brady’s spine began to bend due to the large size of the plexiform neurofibroma on his spine. By age nine, he needed surgery.

​Brady has now had three surgeries to implant rods into his back to keep his spine straighter. He goes to the Children’s Hospital for an MRI every six months.

Despite the rods in his back and the major surgeries he has had, Brady is now a driven and active 12-year-old. He enjoys playing hockey and baseball, and hunting and fishing trips with his dad.

As his tumors require constant monitoring and his spinal rods require adjustment for growth, Brady will require continued visits to CHF until his adulthood. Funds provided to the Children's Hospital Foundation will continue to help ensure specialized equipment needed for tests and surgeries are there when he needs it.​

By texting the word KIDS to 204999, Midas Winnipeg will donate $1 per message to The Children’s Hospital Foundation of Manitoba up to $1,000. (standard message rates may apply) Your support can make a major impact in the lives of many Manitobans, and will help to ensure quality care for kids like Brady continues. ​

To learn more on how you can support Brady and the Children's Hospital Foundation of Manitoba, visit their website.