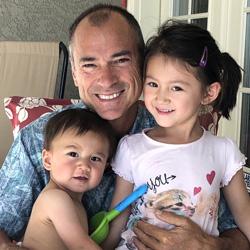 These days, as a new grandfather, I have even more motivation to ensure the needs of all my constituents are strongly represented in Victoria – for their benefit and the next generation’s benefit.

It’s been an honour during the past 15 years to serve the people of Kelowna, Lake Country, and surrounding districts – first on Kelowna City Council and since 2009 as their MLA. I’m now the Official Opposition Critic for Health, Long-Term Care, and Seniors. I previously served for four years as BC's Minister of Agriculture.

When COVID-19 hit, I immediately adopted an approach to fighting the pandemic that stressed cooperation between all political parties. I initiated several virtual town halls with representatives from the education, health, and non-profit sectors, plus other vital service areas. The gatherings answered the public’s questions in a “live” format – provide factual information upon which to base decisions.

I believe in leading by example which is why I volunteer at Kelowna's Inn from the Cold and The Kelowna Gospel Mission, and why I bought a fourplex for the public’s use as a transition home from addictions. I lead the annual Lake Country Terry Fox Run, and the walk up Knox for Health and World Peace. I also support food banks and volunteer as a “baby hugger” in Kelowna General Hospital’s Neonatal Intensive Care Unit.