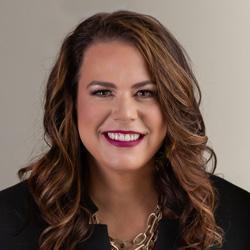 Renee Merrifield founded Kelowna’s Troika Developments as a start-up in the late nineties and grew it into a Western Canadian group of companies, encompassing land, real estate development, construction, service, and consulting.

With her passion for community benefit, Renee has tirelessly contributed to philanthropic endeavours and is currently the Chair of the Breakfast Club of Canada.

She also serves on various private company boards including First West Credit Union, the First West Foundation, the Junior Achievement BC Board, and is on the External Advisory Committee for University of British Columbia Okanagan.

Renee Merrifield has been named to Women’s Executive Network’s 'Top 100 Most Powerful Women in Canada’ from 2017-2019.

Ms. Merrifield holds two Master’s Degrees, including a MBA from the University of Liverpool.

Renee is happily engaged to Carlos Alentejano and together they have a blended family of five adult children.