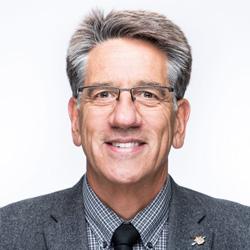 Dan now serves as the official opposition’s Agri-Tourism critic and is Deputy Chair of the Special Committee to Review the Personal Information Protection Act.

Previously, he has served as the Parliamentary Secretary for the Minister of Finance and as the Parliamentary Secretary to the Minister Responsible for Core Review. He has also served as the Chair of Select Standing Committee on Finance and Government Services – where he currently serves as Deputy Chair, was a member of Treasury Board and was the vice-chair of the Cabinet Working Group on Core Review.

From 2014 to 2017, Ashton was the Premier’s representative to the Pacific Northwest Economic Region (PNWER). Before being elected as an MLA, Dan served two terms as Mayor of the City of Penticton following three consecutive terms as a councillor. He served ten terms as Chair of the Regional District of Okanagan Similkameen, and spent four years as a trustee on the Municipal Finance Authority.

While Dan was born in Edmonton, his family moved to Penticton two weeks after his birth and he considers himself a proud Okanaganite. The Ashton family business was retail, with locations in the Okanagan, Kootenays and the Lower Mainland.

Dan and his wife Monique have two children, Coleton and Chantal. The Ashton family prides itself on being active in the community.