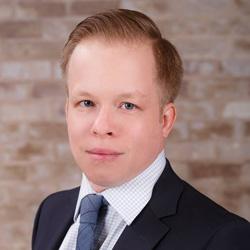 Born in 1982 in Poland, Matt was exposed at a young age to the hardships communist governments can inflict. His non-communist parents faced persecution and escaped in the mid 80’s. After a couple years of living in a refugee camp Matt and his family arrived in Canada, to pursue life in a free country.

Matt grew up in Calgary, completed his bi-lingual studies and later worked in the Banking industry. Switching gears, he completed courses in Construction Management and moved on to work for a property manager coordinating capital projects. Later he worked as a project manager in the roofing industry and as a roofing inspector, before moving to the Okanagan.

Politically, Matt thinks of himself as fiscally conservative, but socially liberal, which made it difficult to place himself Politically. Until he discovered Libertarianism. He believes that all people should be free to pursue their lives how they see fit, and spend their earnings how they wish, so long as they do not harm others or prevent them from pursuing the same.