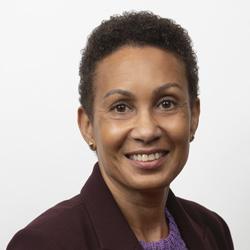 Toni Boot, like any great Okanagan mayor, is just as adept in an orchard or garden as she is in council chambers and boardrooms. Before her role as the current mayor of the District of Summerland, Toni owned and operated two successful agri-businesses and is a well-known supporter of agriculture, sustainability, and affordability.

Toni has taught at Okanagan College and serves on multiple regional boards including Okanagan Basin Water Board, Grasslands Conservation Council, and the South Okanagan Women in Need Society.  She is a director with the Regional District of the Okanagan Simillkameen, an executive member of the Local Government Association (SILGA), and Vice-Chair of the Southern Interior Municipal Employers Association.

Toni has a record of bringing positive change to her community. Toni has championed progressive projects on affordable housing, protecting watersheds, improving solar and battery initiatives, rehabilitation of trails and recreation infrastructure, inclusivity, physical and mental wellness and support to the arts and culture community.

She knows the devastating impacts the pandemic has had on everyone and believes John Horgan is the right person to lead the province during this difficult time. By putting her name forward as the BC NDP candidate in Penticton, she is hopeful that she can better serve the region in a new capacity and bring the concerns of our region to John Horgan’s team in Victoria.