Patricia Wood is desperate for her son to return home. 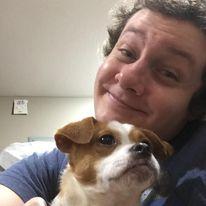 Wood says her son has a mental disability and ran away after a psychiatrist told him he was being sent to hospital.

"And he goes, 'I'm not insane, I'm in pain.' And then she said, 'You're coming to the hospital.' And he goes, 'I don't want to go back to that ward again. I am in pain. I would rather die than go back to that ward.' And then she said, 'In that case James I'm apprehending you under the Mental Care Act and the police are coming now.' And he freaked out."

Wood says James panicked and ran and hasn't been seen or heard from since.

"I talked to a woman who reached out to me who works as a mental health clinician in Alberta, and had working in Saskatchewan as well. She said that is not a policy. The first and foremost is to keep the patient calm, free from distress. We never tell them we're apprehending them under the Mental Care Act."

Wood says her son was in physical pain which they were seeking care for, but it was overlooked because of his mental disability.

James is described as 5'8 with a slim build, brown hair and green eyes. He was last seen wearing blue plaid pyjama pants.

Anyone with information on his whereabouts is asked to call police or Crime Stoppers. 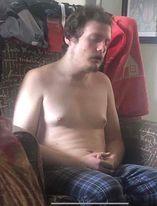