Last week Mayor Colin Basran and RCMP Superintendent Kara Triance put out a plea urging anyone planning to attend to reconsider but hundreds of people of all ages gathered, holding signs and handing out flyers.

A smaller group of counter protesters stood outside City Hall.

Both sides firm in their stance.

Both sides wanting life back to normal

They were protesting against mandates, masks and lockdowns and advocating for choice, better treatment of the elderly, transparency from the government and freedom.

This man, who did not want to be named, says he has been victimized for not wearing a mask at work for medical reasons.

“I've been treated like the plague. Actually I’ve been suspended from my job because I did not want to wear a mask. They say you wear a mask but then if you have a doctor's note or you're unable to wear a mask, you don't have to. What's the difference whether you wear a mask or not? Don’t you think people with medical conditions would be more likely to be come sick than someone wearing a mask.”

Other protesters say only the most vulnerable should have to follow health orders. 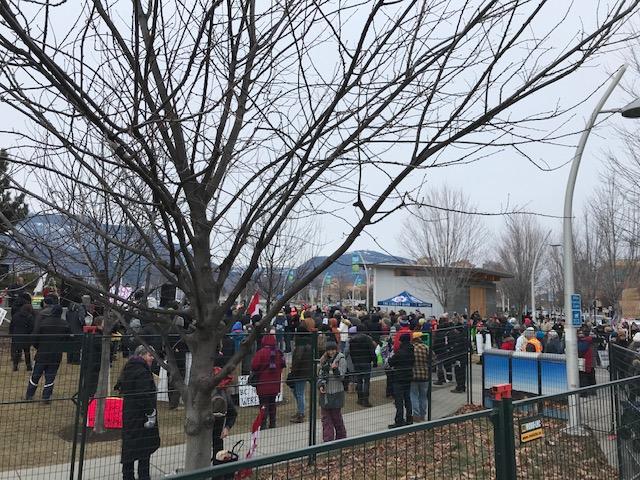 We caught up with Founder of Action4Canada and Guest Speaker Tanya Gaw, who spoke to the crowd about the treatment of seniors.

“[They] are being left in hallways all day with masks on in their wheelchairs or going to their rooms and forgetting to take their masks off. I’m talking to siblings of these elders who can’t get in to see [them].”

She says public health restrictions are causing more harm than the virus.

“They say that cancer is going to go up by 40% because people were too afraid to go to their doctor. Then we've got our children who are being masked and the psychological and physical abuse to them. The rate of suicide is going up 37% amongst youth and then as the media and the government have everyone hyper focused on the 0.3% nobody's paying attention to the 99.7%.”

She is talking about COVID-19's high survival rate as reported by the Centre for Disease Control.

The CDC reports that the mortality rate has fluctuated based on where in the world you are, what age you are and what part of the pandemic’s timeline you look at.

Gaw says their goal is for the truth to come out.

“The death rates are in line with the yearly influenza. That they have prohibited a treatment from being given to people, which is hydroxychloroquine with azithromycin and the zinc and also ivermectin and we don't understand why they've prohibited this treatment other than their pushing for this vaccine.”

Health Canada estimates around 3,500 people die from the flu each year and around 12,000 people are hospitalized.

Those numbers were exponentially smaller in 2020.

Infectious disease experts says it's largely due to health measures, lack of travel and early rollout of the flu vaccine. 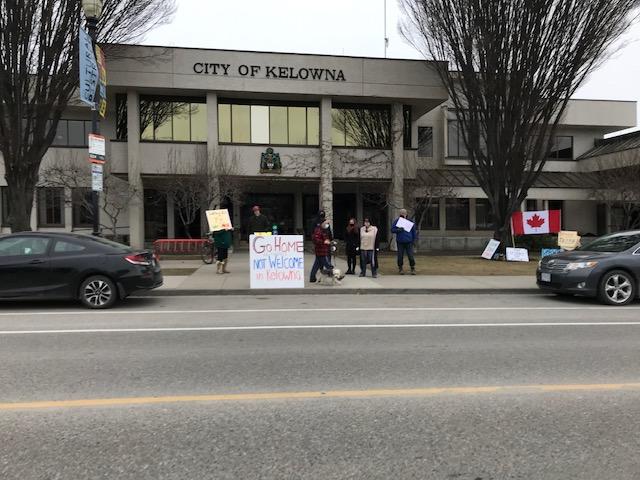 Counter Protesters on the other side of the street saw the gathering as selfish and privileged.

"I think it's dangerous. I think that the more they continue to push these conspiracy theories and the more people are getting tired of COVID, which we all are, the more dangerous stuff like this becomes,” said Heather Friesen.

One person there to challenge the point saying David Lindsay who has been leading Kelowna’s anti-COVID movement is scamming them out of money.

But that isn't entirely true.

Tanya Gaw says they are taking the Federal and BC governments to court to challenge the COVID-19 Related Measures Act saying it violates their constitutional rights.

They have hired Top Constitutional Lawyer Rocco Galati to lead the charge and as of Sunday, they had met 58% of their financial goal.

According to the Government of Canada a constitutional challenge normally costs around $50,000 but can reach up to $1 million if there is extensive legislative fact evidence.

Action4Canada raised nearly $14,000 dollars at the Vancouver Freedom Rally back in September when they announced the decision to commence legal action and they were asking for donations at the rally.

They have already filed a Statement of Claim.

That’s step one of five before it possibly reaches trial, at which point they would have a chance to debate, talk to experts and look at what exactly is going on.