Kelowna RCMP and the local fire detachment are investiating a suspicious fire in a downtown alley off Pandosy St. near Bernard Ave.

Just before 4a.m. on Sunday, January 24th, crews responded to a report of a garbage bin on fire with exposure to a neighbouring business.

The fire was quickly extinguished but unfortunately it had extended into the commercial structure.

It is unclear which business was affected at this time but the location of the fire was between Simply Computing and Starbucks.

No one was inside at the time, however there was minor damage to the building and contents.

Three engines, four support units, and 16 fire personnel responded to the incident, as did RCMP and FortisBC. 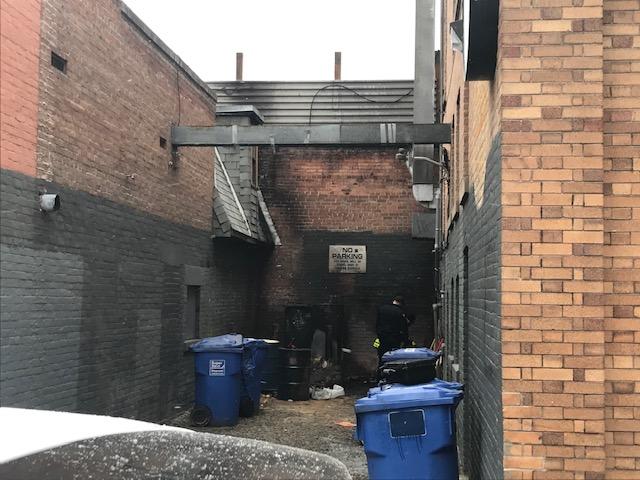