The Kelowna RCMP is investigating the theft of several bronze memorial plates that were stolen from a local cemetery.

On January 21, 2022, the Kelowna RCMP responded to a complaint of a theft from cemetery on Dry Valley Road in Kelowna. The theft occurred between January 17th and January 19th, when 11 large bronze memory boards and 80 small memorial plates were stolen. The large memory boards range in size from 3x2 feet to 3x4 feet and are valued at $20,000.00 each. The small plates are 4x3 inches and were name plates of persons deceased and these were affixed to the large boards.

“This theft shows a clear lack of respect to the family of the deceased and I am disheartened to share such a release with the public,” states Cpl. Tammy Lobb Media Relations Officer for the Kelowna Regional Detachment. “We encourage anyone who has information about this theft to come forward so the person responsible can be held accountable.”

Anyone who may have witnessed any suspicious activity around the cemetery from January 17th to January 19th are asked to contact the Kelowna RCMP at (250) 762-3300. To remain completely anonymous, call Crime Stoppers at 1-800-222-8477 or leave a tip online at www.crimestoppers.net

Please see the attached photo of a large memorial board similar to the boards that were stolen. 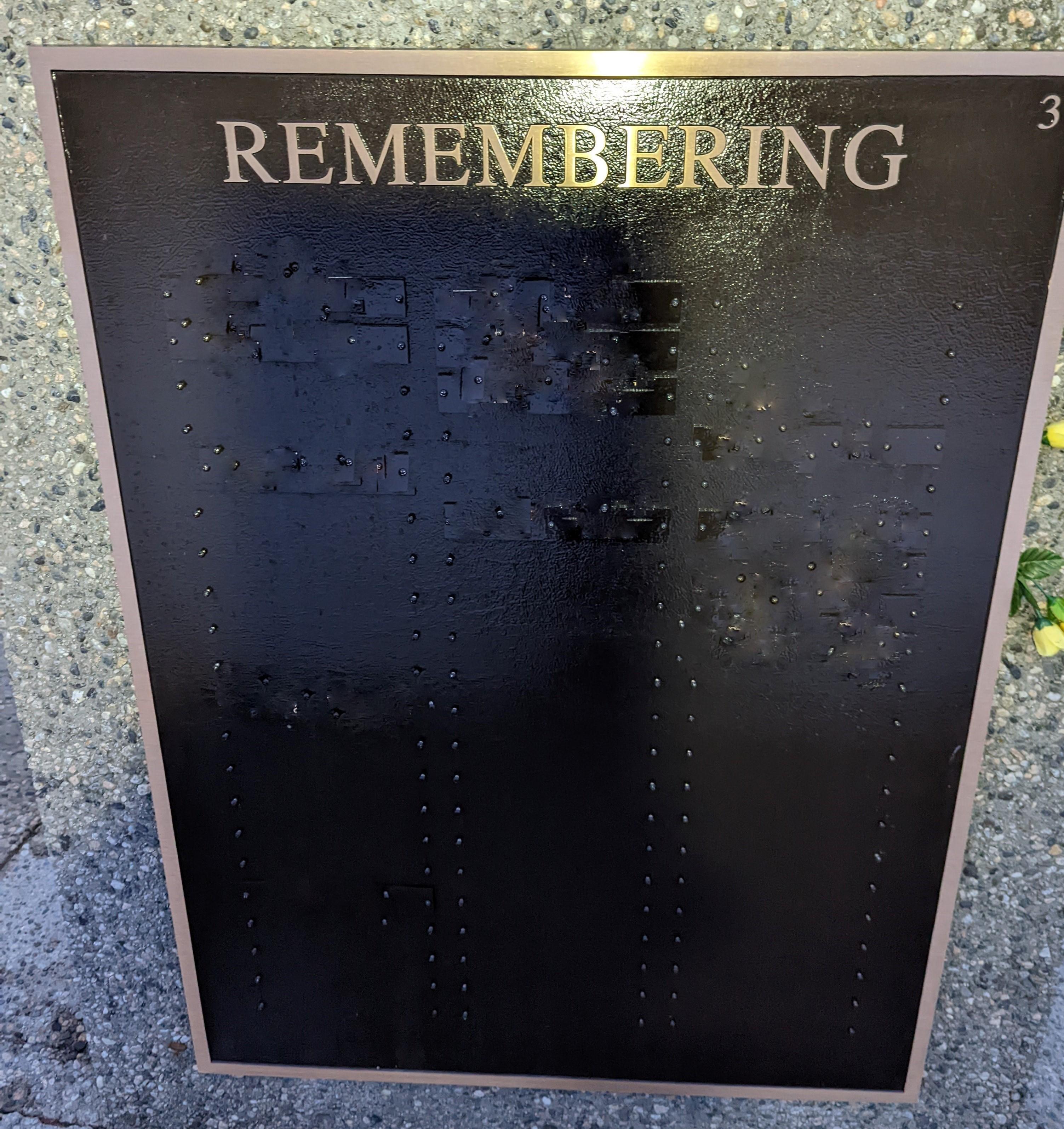