CP Holiday Train to stop in Windsor on Dec. 1

The Canadian Pacific Holiday Train program begins this week and it will be making its way toward Windsor.

The first of two brightly decorated trains are departing the Montreal area for the opening shows of the tour on Wednesday in Maine.

The Holiday Train is scheduled to visit the CP railyard at Erie Street and Janette Street in Windsor on Thursday, Dec. 1. The train will make its stop at 5:45 p.m., which performances by Canadian country singing stars JoJo Mason and Lindsay Ell.

Over the next four weeks, the program will raise money, food and awareness for local food banks with 168 performances in Canada and the U.S. 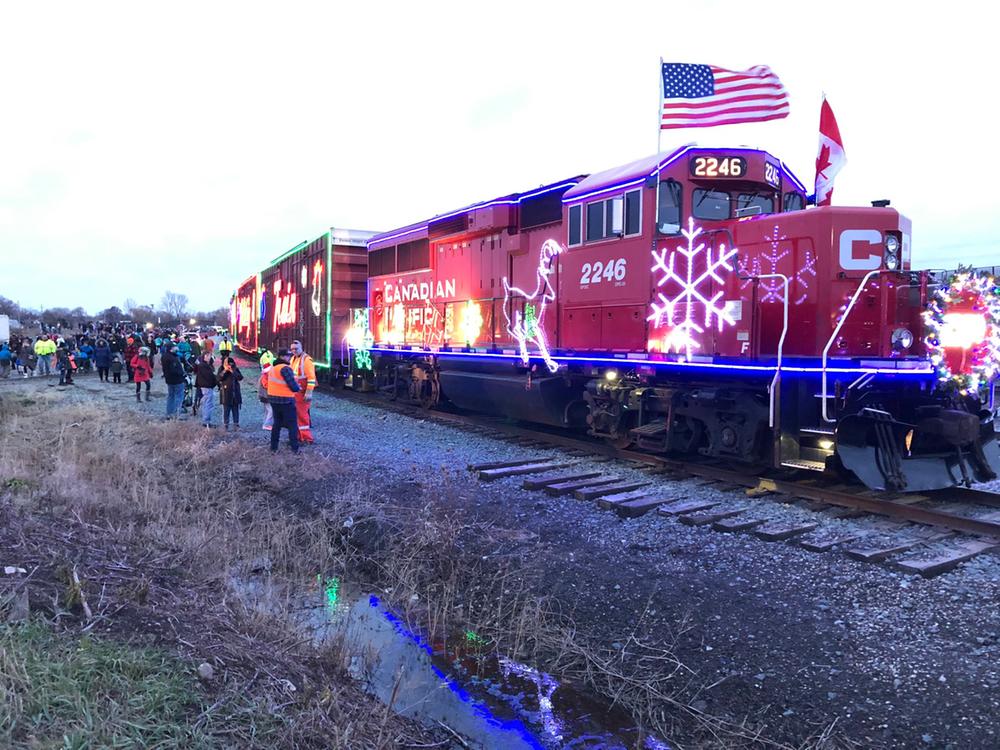 This is the 24th year for the CP Holiday Train but it will be the first in-person shows in two years following virtual concerts due to the COVID-19 pandemic.

In the coming weeks, the two trains will make stops in communities on CP's rail network in eight U.S. states and six Canadian provinces.

Since its inception in 1999, the CP Holiday Train has raised more than $21 million and collected five-million pounds of food for community food banks along CP's network.

Click here to find more information about the Holiday Train and to track its route.