Windsor Native Patrick M. Dennis wants to set the record straight for some of Canada's misunderstood soldiers from WWI.

"It documents mainly, the 24,000 conscripts who made it to France, the Western-Front, Belgium, and many of their sacrifices," says Dennis.

He tells AM800 News Reluctant Warriors — Canadian Conscripts and the Great War puts a focus on evidence that conscripts were good soldiers who fought valiantly — they made a crucial contribution to the success of the Canadian Corps. 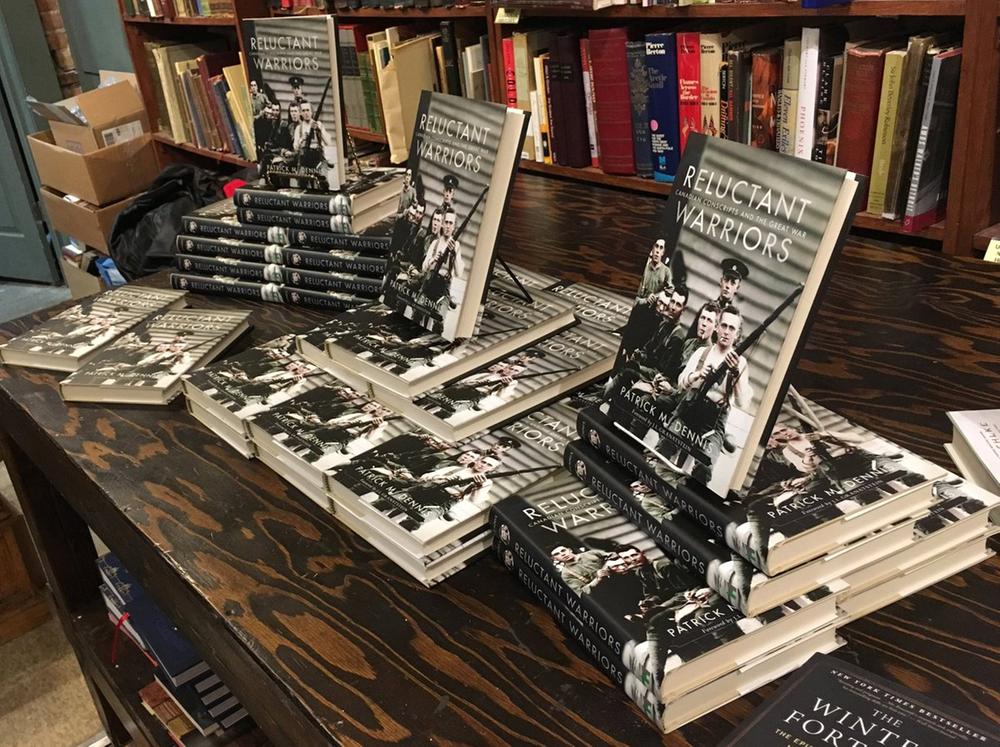 At a book release party and Windsor's Biblioasis on Wyandotte St. E. near Gladstone Ave., he tells those in attendance there are two myths he successfully disproved.

"One is that conscripts arrived too late and in insufficient numbers to make any significant difference, my research proved that was false," he says. "Secondly, the general belief that conscripts were slackers, shirkers, malingerers, and cowards. That proved to be false."

Dennis says there were many reasons Canadians didn't jump into The Great War, but many felt it wasn't a Canadian affair.

"The archives describe it as the 'European War,' so that was one of the things that persuaded these men to stand back," Dennis says. "Once compelled to go, they performed quite bravely."

He says Reluctant Warriors — Canadian Conscripts and the Great War is available at Biblioasis, and through most major online-retailers.