A multi-million dollar development is looking for a little help under the Brownfield Rehabilitation Grant Program to clean up some vacant property in west Windsor.

Brownfield sites are properties that may have been contaminated by industrial use that must be cleared before they can be redeveloped — so with AIPL Canada Holdings Inc. ready to invest $34-million into 2.3-acres of land at 1200 University Ave. W. — the Development and Standing Heritage Committee could grant $4.7-million in cleanup costs and breaks on taxes, permits, and infrastructure Monday.

Two buildings vacant for nearly a decade and a strip of industrial land that's been clear since 1987 are part of the proposal. The existing structures will be repurposed for commercial use, and a 148-unit condo building is proposed on the industrial land between Cameron and Elm Avenues.

"We've heard of a lot of different proposals coming forward over the years, but they've never come to fruition. This one we're very excited about," says Ward 3 Councillor and Committee Chairperson Rino Bortolin.

He tells AM800 News the company has already started work on its own dime.

"They've shown that they're serious about it, and just like all our CIP's, you don't get the money until you do the work. So this isn't anything where we're granting them money ahead a time and they just sit on it and don't do the work," says Bortolin. "They're going to clean up the property. Now if that means they end up selling it to someone else, they're selling a clean piece of property so someone else can develop it." 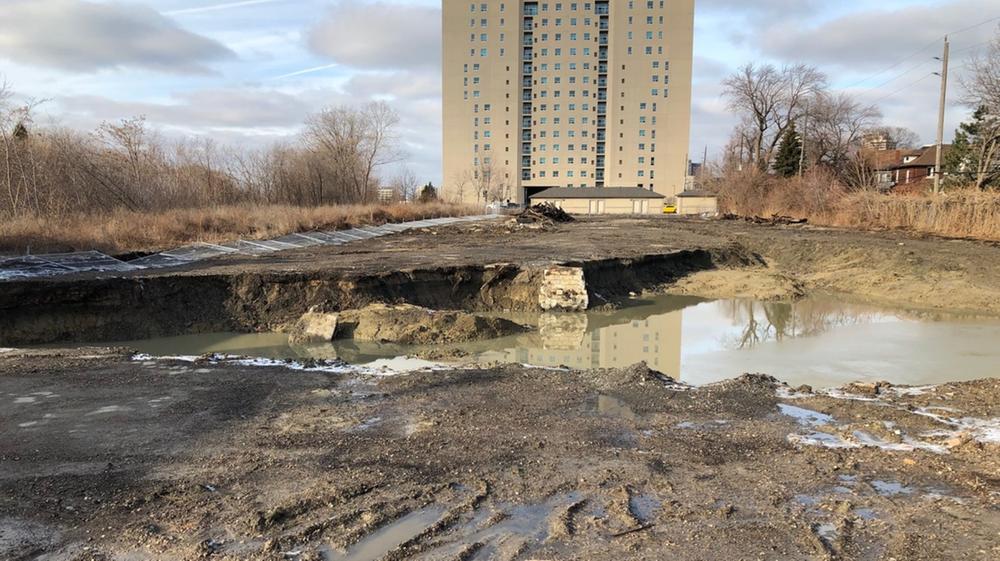 The city has been working on plans to streetscape University Avenue West, and if the CP Rail cut along the proposed site is acquired as well, Bortolin says the future is bright for a stretch of road that's seen better days.

"Just a couple blocks to the east of that is the Caron Avenue site, which we just put out for expression of interest as well," he says. "You put all these things together and that area of town will be very different in the next 10-years."

The Brownfield Rehabilitation Grant Program was approved by council back in 2010 after 137 potentially contaminated properties were identified across the city.

If the proposal is approved, city council would still need to sign off on the deal.

The Development and Standing Heritage Committee gets underway at city hall at 4:30pm.