He told "The Pat McAfee Show" the late Alex Trebek was one of his idols and he was excited about the opportunity.  Rodgers won "Celebrity Jeopardy!" back in 2015 and earned 50-thousand-dollars for the Midwest Athletes Against Childhood Cancer Fund.

He is one of a list of guests hosts to substitute after Trebek's death in November. 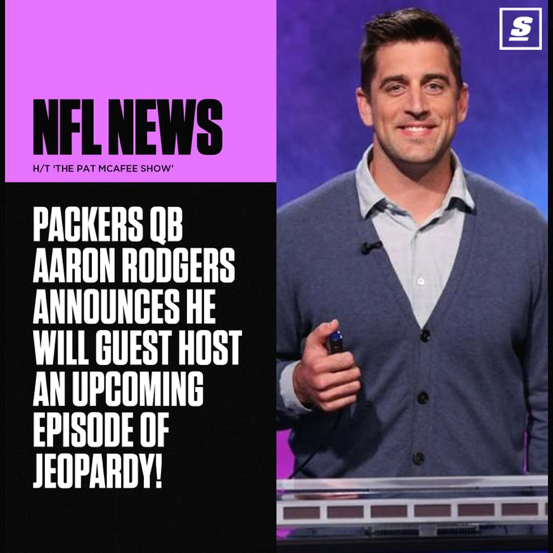