Windsor police have arrested one suspect and are still searching for another after a shooting last Saturday morning in the 1300-block of Askin Avenue.

Police say 27-year-old Jeffery Kumi of Windsor was arrested on Thursday after officers located a parked vehicle associated to a suspect in the area of Park Street and Bruce Avenue.

According to Police, the K-9 Unit was called to the scene and located Kumi but he fled on foot — a chase ensued and Kumi ignored commands to stop so Police Service Dog Hasko was deployed to assist with the arrest.

Police say Kumi received non-life-threatening injuries during the arrest and was transported to hospital.

He is also facing a drug charge.

As heard on AM800 news, around 12:30am last Saturday, police were called to Askin Avenue for a report of a man suffering from a gunshot wound.

Police now say there was a verbal altercation outside the home before the shooting and a black SUV was seen leaving the area.

Investigators say 19-year-old Ilyas Gilao of Brampton is the other suspect and is wanted for several offences including attempt murder. 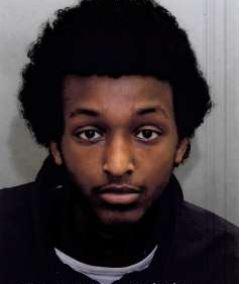 It's believed he has ties to the Greater Toronto Area and is considered to be armed and dangerous.

Anyone with information is asked to call Windsor police or Crime Stoppers.