The Windsor-Essex County Health Unit is in talks with the Ministry of Health regarding the AstraZeneca vaccine.

Medical Officer of Health Dr. Wajid Ahmed says the health unit is looking at ways to expedite the AstraZeneca rollout to individuals seeking their second dose of the vaccine.

"We've been in talks figuring out some of the logistical details of that so please stay tuned," says Dr. Ahmed.  "Next week we'll probably be in a better position to share those details for people who are waiting for their second doses of AstraZeneca."

He says the first dose of AstraZeneca was administered roughly eight weeks ago in Windsor-Essex and says studies have shown receiving the second dose of the vaccine provides the best level of protection at the 12 week mark.

Dr. Ahmed says the health unit does not want to see the vaccine wasted.

"We know that we stopped the first doses so the ministry has some extra doses that can be used in an expedited way if people want that," says Dr. Ahmed.  "There are still some details that we are waiting on in terms the expedited interval."

He says if an individual decides to get a second dose of AstraZeneca, they will get it at the same place they received their first dose.

"There maybe some possibility of either expediting the second dose of AstraZeneca for people in our region and/or giving them the opportunity at a later time when we have more data from other studies about mixing and matching of the vaccine," he says. 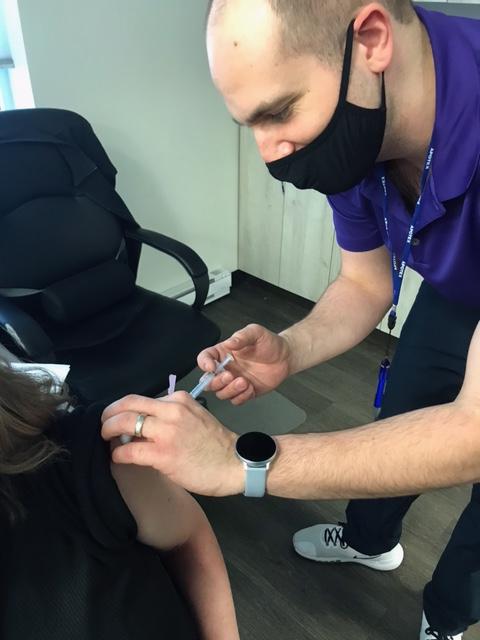 Dr. Ahmed says at this time, there is no AstraZeneca vaccine in Windsor-Essex.

The health unit says more than 37,000 local residents received one dose of the AstraZeneca vaccine.

Back in March, a pilot project was launched in Windsor-Essex, Toronto and Kingston that allowed a number of pharmacies to administer the vaccine to individuals between the ages of 60 to 64.

During the rollout, the province adjusted the age eligibility at pharmacies.

At one point it was for anyone over the age of 40.

Earlier this month, the province suspended giving out first doses of the  vaccine out of an abundance of caution because of a lack of supply and increased instances of a rare blood clotting disorder linked to the shot.

The AstraZeneca vaccine has been linked to a new blood clotting syndrome that is extremely rare but can be fatal.