A major expansion is underway for a portion of Banwell Road in Windsor.

The shovel went in the ground Tuesday morning for a $2.5-million upgrade as part of Phase one, which will see Banwell Road between Tecumseh Road East and Palmetto Street, increased from one lane in each direction to two lanes.

Mayor Drew Dilkens tells AM800 News he expects Phase 1 to take about 60 days.

“It will obviously be a bit of disruption as we reconstruct the road and add additional capacity,” he says. “So residents can expect the next two months to be a little frustrating on that section of Banwell road but once done, cars will move much better a long that way.”

Because of so many new developments in the area, Dilkens says the additional road capacity is necessary.

“In the form of Eastside Horizons and 180 condo units down the road on Banwell but also the new construction of a new long-term care home in that section which will certainly be supported by increased road capacity.” 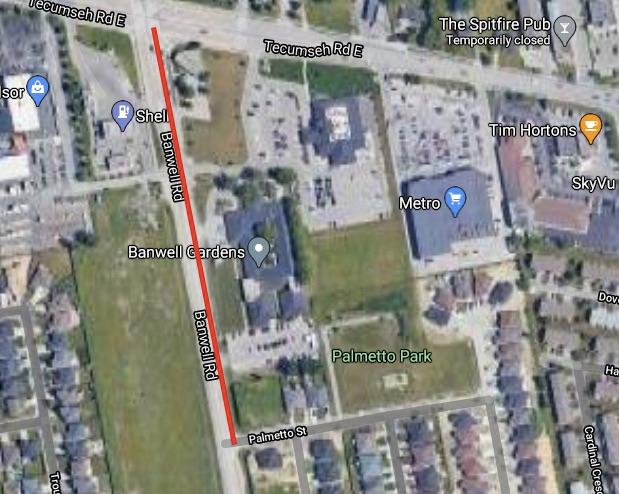 According to Dilkens about 14,000 vehicles a day use the stretch of road that will be improved.

In addition to moving from two lanes to four, Phase 1 also includes construction of new concrete sidewalks and Multi Use Trail, installation of street lighting and traffic signals.

Phase 2 of the project will see expansion on Banwell Road from Palmetto Street to Wildwood Drive.

All businesses in the affected area will remain open with access from the roadway.