Capital Power Corporation in Windsor is looking at new power generation initiatives to support regional growth in the city.

Officials say their East Windsor Cogeneration Centre is ideally situated to provide the City of Windsor and area with additional power generation to support growth and economic development.

Capital Power is exploring options for the site, which is adjacent to the old Ford Motor Engine plant, that will add significantly more power generation capacity installed within the current footprint of the long-used site.

President and CEO Brian Vaasjo says the options they're looking at are those that are technically available to them given the foot print of the site, and what will ultimately be available to them from a transmission perspective.

"Some of the more straightforward things that we can do is we can put a battery facility here just along this side, which would add about 40 megawatts to the capacity of the region, which is quite significant and a relatively low cost solution. We can enhance the plant itself and add capacity there in the order of 10 plus per cent capacity," he said. 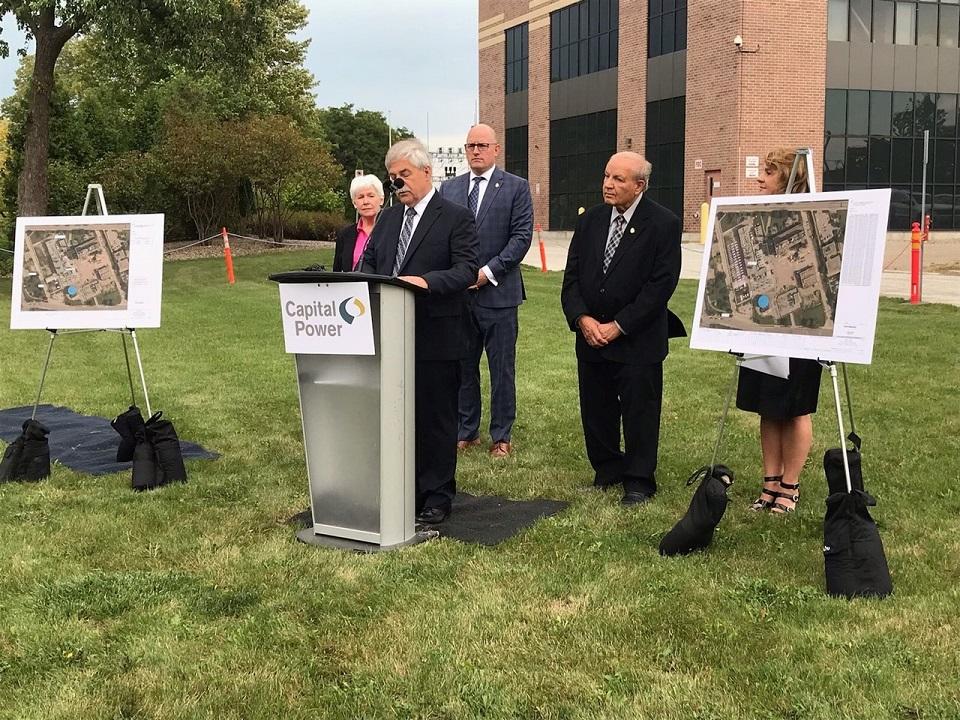 The Independent Electricity System Operator has identified the Windsor area as high priority for the addition of new power.

Vaasjo says on top of the possibility of adding a battery energy storage system, work is already underway to assess additional capacity expansion efforts within the plant in tandem with a battery system.

He says what they're intending on doing is putting the options in front of the IESO so they can look at them and other things in the area, and pick those that provide the greatest amount of capacity in the short term and also the lowest cost options.

"We're pretty confident that this site and what we're looking at will definitely come to fruition. In terms of timing, the process is moving along quite quickly," he continued. "We're doing design at the same time as the IESO is looking at the needs and the capability of the area."

Vaasjo says both options will be explored with a focus on Windsor’s future needs, as well as important provincial-level policy issues and transmission availability.

He says they'll be making a submission near the end of the year, with the target for decisions to be made and contracts signed early next year in February.

"And so at that point in time we'll make a decision to go ahead with an investment and we'll be going. Following the IESO's timeframe, we expect that we'll have increased capacity on this site by May 2025 or sooner."

Vaasjo says Capital Power is committed to being net carbon neutral by 2050, through decarbonized and renewable energy with a focus on helping local communities thrive for generations to come.