Charge Dismissed Against the Owner of a Historic Home in Windsor

A charge of violating a city by-law has been dismissed against the owner of a historic home in Windsor's Wallkerville neighbourhood.

Vern Myslichuk was charged in November 2018 with using his residential property at 2021 Ontario St., the Low-Martin house, as a public hall.

A complaint from a neighbour, who does not live on the street, led to an investigation by the city and inspectors found the home was being used as a wedding venue.

Myslichuk says even though he's pleased the charge was withdrawn, the issue hasn't been solved.

"I'm just unhappy with the fact that just really been unable to find a resolution, so that we can at least share the home," he says. "That's always been my statement since 2012 when I bought house, I just want to share the house."

Myslichuk lives in the historic mansion, but since it is zoned residential, the home can't be used to hold public events and the owner was charged.

If the property was rezoned, then Myslichuk can't live there.

He's hoping there can be some sort of compromise with the city to allow him to open the house to the public.

"People just want to see the house, it is a big part of Windsor and I think it is really selfish of me if I just say, 'you know what, that's it, I'm just going to close the door,'" says Myslichuk. "So I truly hope we can come up with something, some sort of an arrangement to allow some access in some way." 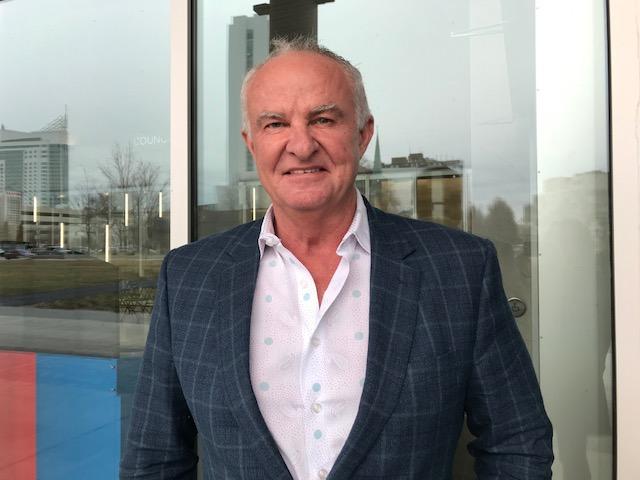 The home was built in 1928 by rum runner Harry Low and was owned by Paul Martin Sr. for more than 30 years, serving as the boyhood home of future prime minister, Paul Martin Jr.

"It has not affected the value of homes in the neighbourhood by doing any of this or just bringing it back to where it is today," he added.

Myslichuk has stopped holding public events at the Low-Martin house and took down a website marketing the home.

The house can not be zoned residential and permit public events at the same time.

Myslichuk says he has spent 'a large amount of money' repairing the home and he just wants to share it.

He adds that he has no hard feeling, but he still wants to come up with an agreement with the city to allow residents to see it.